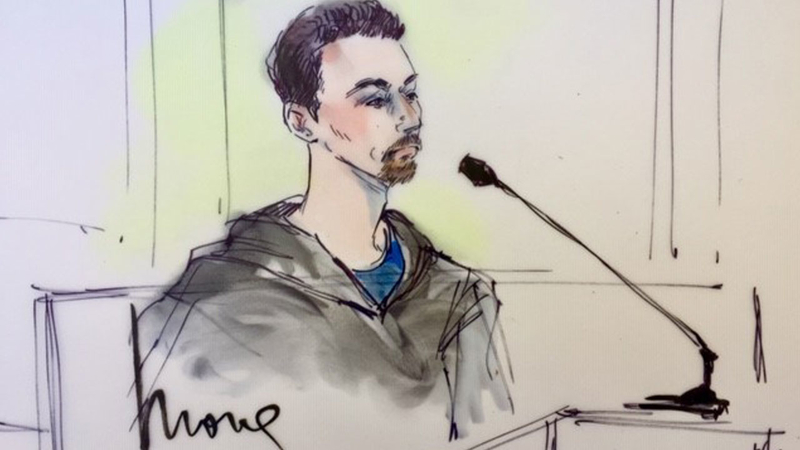 DOWNTOWN LOS ANGELES (KABC) -- An accused white supremacist appeared in federal court in downtown Los Angeles Monday, a day after he surrendered to the FBI over violent attacks at political rallies.

Aaron Eason and three other men are accused of traveling to political rallies in California and Charlottesville, Virginia, to incite riots.

The 38-year-old Anza resident will remain in custody until his detention hearing, which is scheduled for Friday. He surrendered to the FBI on Sunday and was the only suspected member of the Rise Above Moment who'd remained on the loose.

Authorities said the Rise Above Movement is a white supremacist extremist group headquartered in Southern California. They said members would travel to rallies and attack counter-protesters, including 2017 events in Huntington Beach, San Bernardino and Charlottesville.