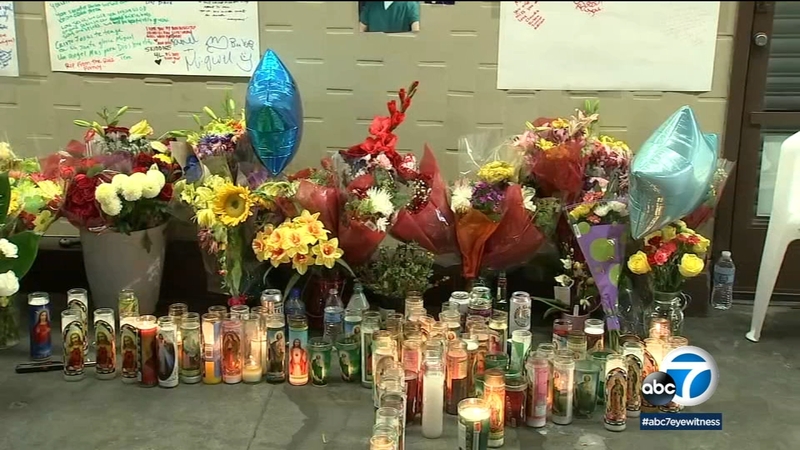 GLASSELL PARK, LOS ANGELES (KABC) -- Friends and family gathered Sunday to mourn the loss of a Rite Aid employee in Glassell Park, who was shot to death while confronting a shoplifter, as authorities continue the search for his killers.

A vigil was held Sunday night in memory of Miguel Penaloza. Investigators say the 36-year-old confronted two suspects Thursday as they attempted to flee with two cases of beer without paying. A brief struggle occurred and one of the suspects pulled out a handgun and fatally shot him.

Former co-workers and Penaloza's family believe inadequate security at the store led to this death.

A memorial of flowers, balloons and candles continues to grow outside the store for Penaloza, who worked two jobs to support his parents. Friends say he had just put in his notice to quit the job at Rite Aid before he died.

"He had a big heart, willing to help anybody. When I say anybody, (I mean) anybody. Whether he had... he would find a way to help you," said friend Angie Sanchez.