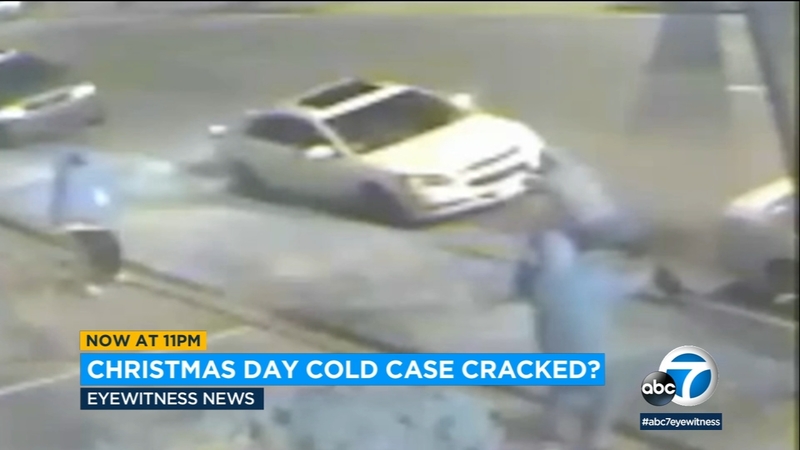 RIVERSIDE, Calif. (KABC) -- Riverside police detectives released surveillance video of a 2016 Christmas shooting that injured a man and a woman, and are asking for the public's help to solve the crime.

The video shows three men walking on the sidewalk when they suddenly take out guns and begin shooting at a parked white Chevy Malibu.

Cassey Verrette, 22, and her passenger were struck by gunfire, with Verrette shot three times, police said.

Verrette drove to a local hospital, according to officials, and they were treated for their injuries.

Verrette was dropping off her friend at his home when the three suspects opened fire. No words were exchanged.

"We absolutely want justice -- 100%," said Dominick Verrette, Cassey's brother. "It's disheartening that it's taken five years to be released being that we actually saw that video two weeks after the shooting."

"I didn't think that would ever happen to me, especially in those circumstances," she said. "I do feel it was over the color of my skin initially. Nothing caused it. They looked at us and they didn't like what they saw."

She says after all these years she's hoping someone will be able to provide the key clues to give her the justice she seeks.

Anyone with information regarding this investigation is urged to call the Riverside Police Department at (951) 353-7130 or email TChilders@RiversideCA.gov. Those wishing to remain anonymous may email RPDTips@RiversideCA.gov.