"We do see the men prioritized over us when it comes to the weight room or even school coverage," said team captain Elizabeth Lau.
KABC
By Leticia Juarez 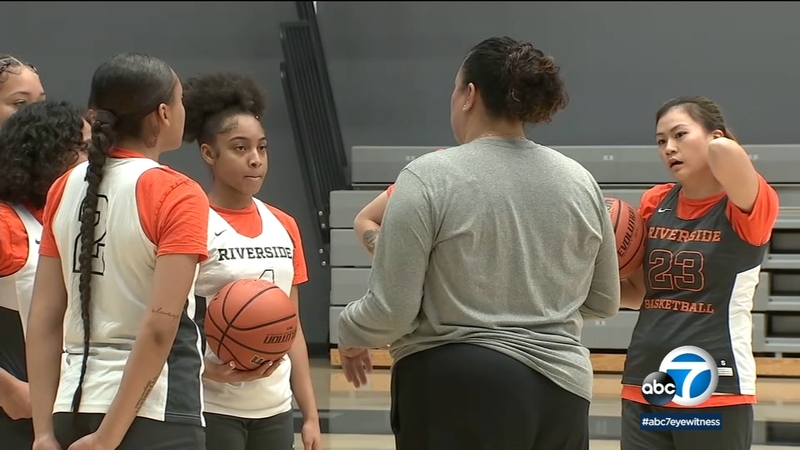 RIVERSIDE, Calif. (KABC) -- The Riverside City College women's basketball team is full of fierce competitors, but off the court, they're fighting for equality and respect for female athletes.

"It's unfortunate because we do see the men prioritized over us when it comes to the weight room or even school coverage," said team captain Elizabeth Lau.

Lau and her teammates believe there's a gap in the treatment of male and female student athletes at RCC. They say the disparity showed heavily last fall when time slots for the weight room were administered.

"Initially, they only wanted to give us one day," said RCC women's basketball head coach Alicia Berber.

Berber said that wasn't enough time for the conditioning and strength training the team needed. This spring, the team were allotted three days, but it wasn't done without some push back.

"That time is interrupted by the men's teams that are being disrespectful to the student athletes," said Berber.

Berber said on several occasions, male athletes would remove equipment out of the weight room or keep the women's team waiting while they "finished up."

The team wrote an open letter to the president of RCC and head of the kinesiology department demanding more equality and respect for female athletes.

"This is not just about women's basketball, this is about women's sports, and we are in the 50th celebration of Title IX, and our voice needs to be heard," said Berber. "This battle continues."

On Thursday, Feb. 24, the team will host Orange Coast College at 5 p.m.

Both teams will be wearing specially designed T-shirts with the phrase "Equality in Women's Sports" printed on the front and "We Deserve To Be Here" on the back.

"We deserve to be here," said Lau. "We want our time because everyone gets their time so why shouldn't we?"

Eyewitness News reached out to Riverside City College for comment but has not yet received a response.