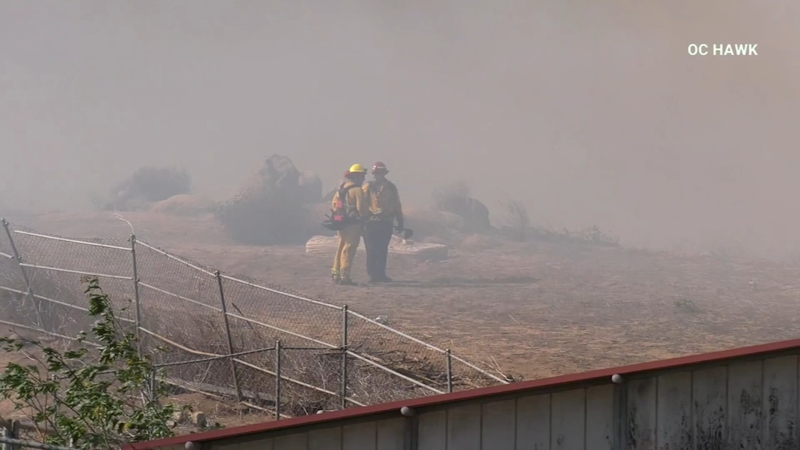 The blaze was reported about 11:30 a.m. near Jurupa Avenue and Tyler Street, an intersection at the northwest corner of the Arlanza residential neighborhood, according to the Riverside Fire Department.

Fueled by mulch, gusty winds and dry conditions, the flames quickly spread to 16 acres as firefighters from multiple agencies responded to the scene.

An evacuation order was issued for the area of Chadbourne Avenue and Valley Drive, where structures were threatened, Battalion Chief Jeff DeLaurie said.

No injuries or damage to homes were reported.

A dietician at St. Mary Medical Center in Long Beach wanted to donate her kidney to her coworker's son, but ended up giving it to a stranger instead.

Horses in the area were endangered by the fire, and fire officials worked with the Riverside County Department of Animal Services to assist with the evacuation of two horses.

Shortly before 3 p.m., the Fire Department announced that the fire's forward progress was stopped.

Arlanza Incident update: this is a City of Riverside Fire Department incident in cooperation with multiple agencies including: Cal Fire, San Bernardino County, Corona, Murrieta, Hemet, and Ontario. Thank you all!!! pic.twitter.com/x9aUnnIomc

"FYI, fire crews will be working throughout the night overhauling the fire and protecting homes," the agency said on Twitter. "Stay safe."

Details of how the vehicle sparked the fire were not immediately available.