Resident confronts transient who broke into home, raided his fridge in Riverside 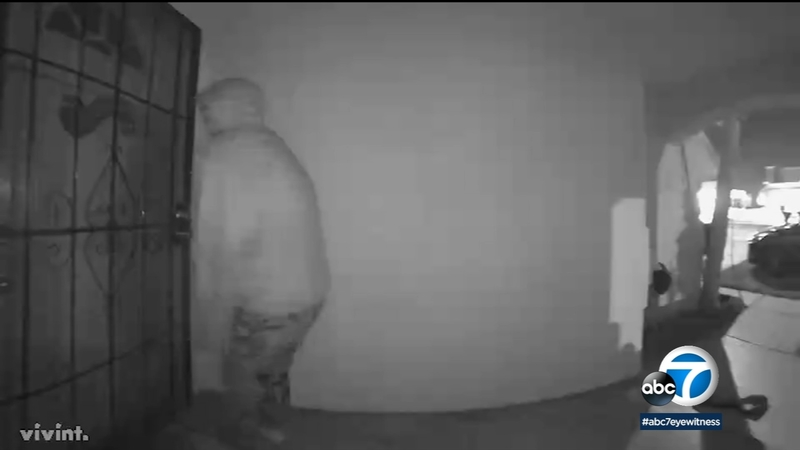 Resident confronts transient who broke into home, raided the fridge

Inside, Pablo Vera and his family were asleep until he was awoken by a telephone call from his mother -- in the living room.

"I came out of the room, like just bolted out, and I seen the lady sitting right here," said Vera.

Sitting at his kitchen table and eating some leftovers, was 23-year-old Melanie Pestana, a local transient.

"I asked the lady, 'what are you doing here? How did you get in?' And she was like, 'well remember, you told me I can go inside any time I want, and just come in, serve myself.' That's when I told her, like, no," added Vera.

Vera's Ring doorbell camera captured Pestana as she tried to open the front door. Unable to, she then tried the kitchen window, where she managed to climb in and walk past Vera's mother, asleep on the couch.

"And then my mom said that she actually saw her walking around, through the rooms, not opening any doors but just walking around, tip-toeing, that's when she went to the fridge and started to eat," Vera explained.

Vera's mother managed to keep a cool head and an eye on the suspect dialing her son on her cell phone. When police arrived, they found the suspect being detained by Vera.

"I seen her drop the fork, that's when I confront her. I grabbed her, and I just dragged her around, and put her into submission when my mom was calling the cops about her," said Vera.

Pestana was taken into custody and booked on burglary charges. She is also charged with violating her parole on a prior vandalism conviction. She is being held on $50,000 dollars bail.

"This could have gone bad in different ways for the residents, for the burglar, but luckily, it was actually a good outcome," said Riverside police officer Javier Cabrera.

Vera grateful his family was not hurt.