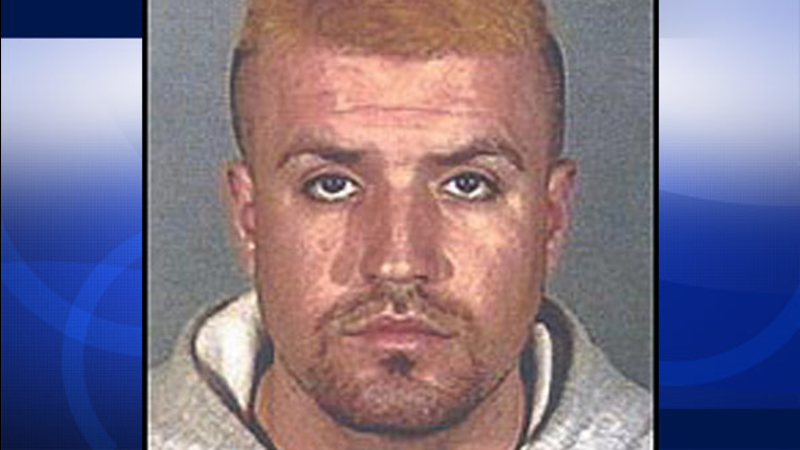 RIVERSIDE, Calif. (KABC) -- A suspect wanted in four murders has been taken into custody after being on the run for more than a decade.

Eduardo Rodriguez was arrested by U.S. marshals Thursday night at his Riverside home, where he had been living for several years under an assumed name unbeknownst to his neighbors and even his fiance.

The former gang member was one of the LAPD's most wanted fugitives. He was arrested at his house in the 3500 block of Farnham Place at approximately 6:30 p.m.

Rodriguez, 35, is also known as Juan Carlos Campos Gamino. He was charged in Los Angeles County in 2003 with four counts of murder and two counts of attempted murder, and disappeared soon afterward.

"At the time Rodriguez was charged with these crimes, he was second-in-command of the Toonerville criminal street gang under Timothy McGhee," said Laura Vega of the U.S. Marshals Service.

Rodriguez's arrest was triggered by a Glendale police detective who was familiar with the activities of the Toonerville gang, which claims Glendale as part of its territory, authorities said. The detective found pictures of Rodriguez on Facebook pages linked to his associates, then found one on the Facebook page of Rodriguez's fiancee -- who was unaware her carpenter husband was living under a fake name and was a wanted criminal.

McGhee is also suspected of committing at least 12 murders in the years between 1997 and 2001, according to Vega. In 2007, he was convicted of three murders.