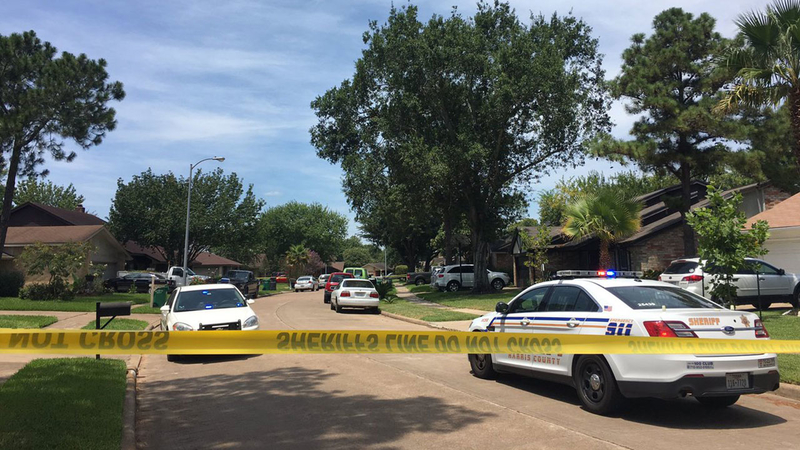 Home invasion suspect on the run near Katy

KATY, Texas -- A 60-year-old grandmother shot and killed a home invader who broke into her Texas home Monday, authorities said.

Deputies said the suspect was fatally shot when he and another suspect tried to rob the woman inside her rental home in west Harris County. The second suspect got away, leaving neighbors on edge.

As a search helicopter circled overhead, Theresa Roberts and other neighbors were keeping their eyes open.

"I heard it was a burglar, and I live in this neighborhood," Roberts said.

"Both were armed with pistols, she confronted both suspects, retrieved a handgun and fired several times at both subjects," Deputy Thomas Gilliland said.

The deadly shooting of a home invasion suspect happened on Fort Bowie, in the Sundown neighborhood in west Harris County.

One man was killed while the other took off, jumping a fence and heading north toward Saums Road, according to deputies.

The homeowner told investigators she did not know the men. It was not clear if the second suspect was injured when the woman fired her gun at him.

"From what we understand, it's a rental home but there are several people who live in the home. But this morning she was by herself in the house," Gilliland said.

Investigators are trying to determine if this was a crime of opportunity, or if the two men targeted this house specifically.

Other neighbors said she did the right thing.

"It's just, you know what, in the state of Texas, if you're gonna get on somebody's property, you're gonna get shot," neighbor Catherine Hanks said. "That's just the way we are, that's Texas."