A judge agreed to appoint a "special master" to review evidence in the murder trial of real estate heir and former fugitive Robert Durst Wednesday.

Durst appeared at the hearing and sat in a wheelchair. The 73-year-old faces one count of first-degree murder in the 2000 execution-style killing of his friend, Susan Berman.

During his hearing, defense attorneys said they used warrants to obtain documents that were prompted by the six-part HBO documentary series Durst was part of. "The Jinx: The Life and Deaths of Robert Durst" looked at his life and accusations against him for multiple crimes.

In the final moments of the last episode, Durst was caught on a live mic saying, "There it is. You're caught! What the hell did I do? Killed them all, of course."

Durst lawyers argued that over 60 boxes full of documents seized by investigators are protected under attorney-client privilege. Prosecutors said Durst waived his rights during the taping of the documentary.

After much back-and-forth, the judge agreed to appoint an independent expert or special master to sort through the material.

Prosecutors said Durst killed Berman because of what she knew about the death of his wife two decades earlier. In addition, another hearing is scheduled for Jan. 6 to discuss a request by prosecutors to conduct advanced videotaped depositions as some witnesses feel threatened by Durst.

"Mr. Durst has something in the order of $100 million. Witnesses in this case realistically, understandably are concerned about their safety," said prosecutor John Lewin.

"What Mr.Lewin is doing by trying to inflame the circumstances by suggesting that a man in a wheelchair is somehow a threat to an 85-year-old doctor living living in New York is just hyperbole," he said.

On Monday, Durst entered a not guilty plea. Prosecutors said they did not intend to seek the death penalty against him.

Earlier this year, he pleaded guilty to weapons charges in New Orleans and was already serving a seven-year prison sentence before being extradited to Los Angeles for the murder trial. 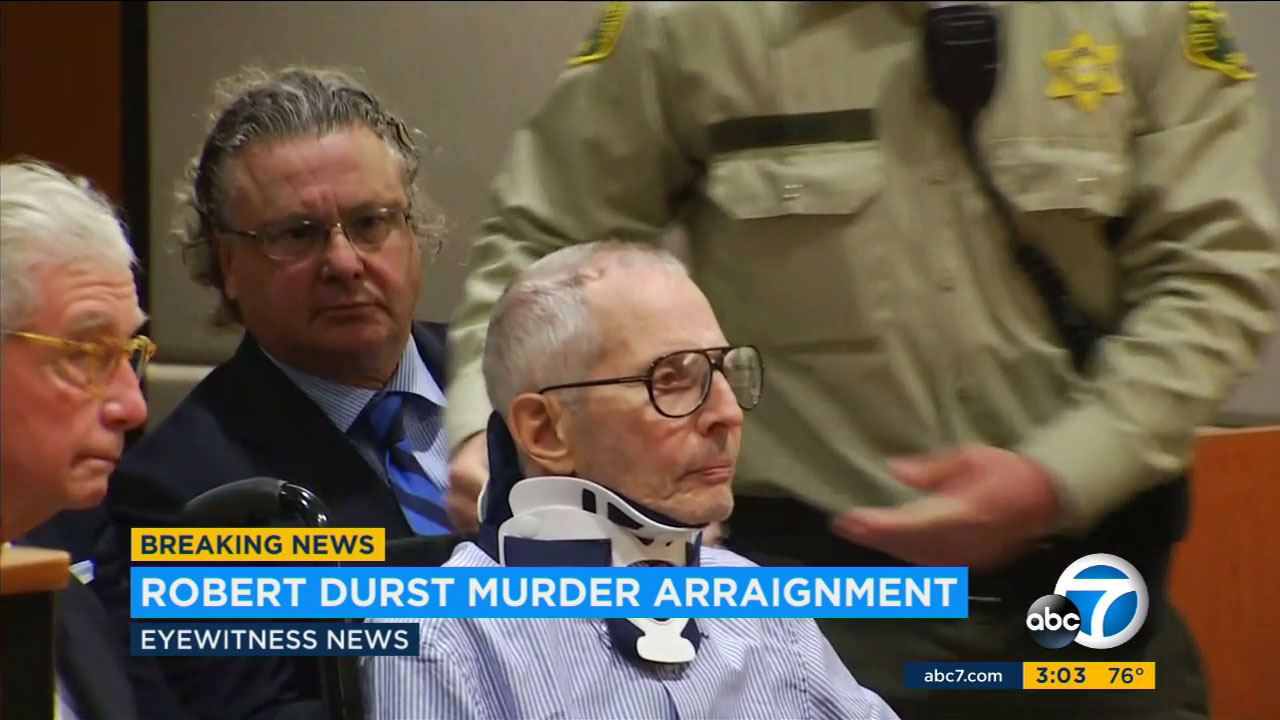