There are mounting calls for a state investigation into the death of Robert Fuller, a man found hanging from a tree in Palmdale.
KABC
By Amy Powell 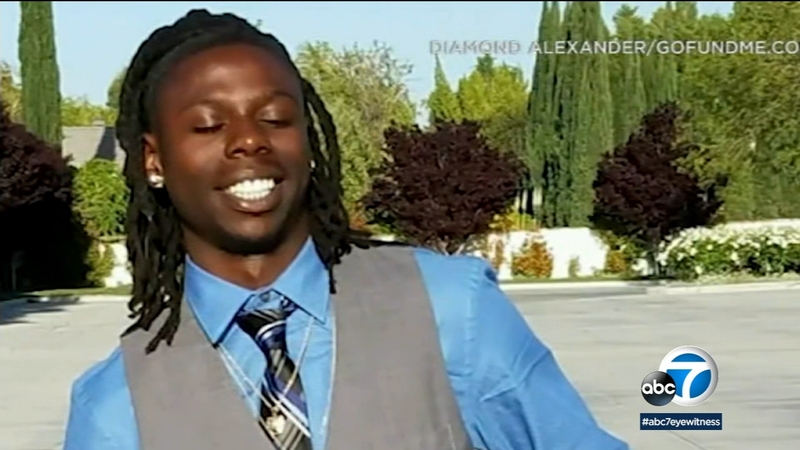 PALMDALE, Calif. (KABC) -- Family, friends, supporters and other members of the community gathered in a park across from Palmdale City Hall Sunday to mourn the death of Robert Fuller.

Fuller, 24, was found hanging from a tree in the park Wednesday.

"My friend was the sweetest person you know. He had the biggest smile, the best laugh," Tommie Anderson says. "He could make two people who didn't like each other sit in a room together."

The Los Angeles County Sheriff's Department says the cause of death appears to be suicide, but authorities are waiting for full results of an autopsy before making a final determination.

The City of Palmdale issued a statement "officially supporting the call for an independent investigation and an independent autopsy" of Robert Fuller.

Anderson does not believe Fuller would take his own life.

"I feel like somebody murdered my best friend and they used this tree to cover it up," Anderson says. "There's a lot of Black Lives Matter things going on and I feel like they want to put it on - it was mental issues, it was depression, it was something other than the fact that a young man was hung from a tree."

Community leaders are calling for a federal probe.

"So now we have a hanging in Palmdale. No conclusions, we're not judging anything. Just simply an independent investigation by the FBI," Earl Ofari Hutchinson of the Los Angeles Urban Policy Roundtable says. "Let's determine the facts, what happened to Robert Fuller."