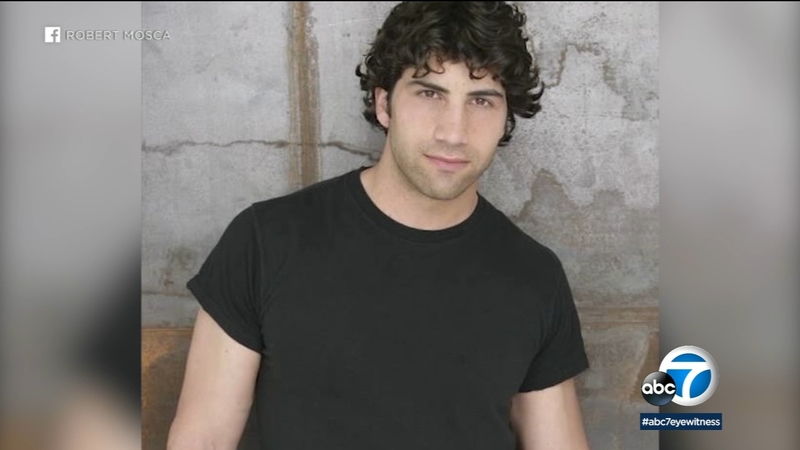 NORTH HOLLYWOOD (KABC) -- A working actor was murdered as the New Year kicked off following a confrontation in North Hollywood. Friends are speaking out as police hunt for the killer.

As investigators continue to process any clues that could reveal who killed 50-year-old Robert Mosca, his friends are trying to process how. The Philadelphia native worked on "Dr. Ken" as an extra, and on "The People vs. OJ Simpson" in pursuit of his Hollywood dreams.

"He was not one of these people that sat around waiting for the phone call, like he was out there every day, every other day, trying to make things happen," said one of Mosca's friends, Brian DiLoreto.

Friends remember Mosca for who he was as a person.

"The kind of person that if you sit down and talk to him for five minutes, like an hour goes by," Dustin Arth said.

Mosca's life was tragically cut short just over an hour after the start of 2022 near Vineland Place and Sarah Street in North Hollywood.

The Los Angeles Police Department says a person went up to Mosca and the two people he was with. At some point, Mosca and that individual confronted each other and then that person stabbed Mosca, according to police.

Friends don't believe he knew the homicide suspect and say they wouldn't be surprised if his life ended with the same values as to how he lived.

"He's the kind of friend that I think everybody deserves to have in their life at some point," said DiLoreto.

"And knowing him, he probably would've stepped up. He would've been the one trying to protect his other friends. That doesn't shock me, that he was the one that got it," added Arth.

As police continue their work, they have yet to release an official sketch of the stabbing suspect. That usually involves several witness interviews and surveillance reviews.