When Huntington Park swore in its HP Robocop this summer, it was touted as crime deterrent. But a woman said she tried to use the service when a fight recently broke out and was never able to get in touch with police using the robot.

HUNTINGTON PARK, Calif. (KABC) -- When Huntington Park swore in its HP Robocop this summer, it was touted as a crime deterrent. But a recent incident has surfaced some of its inabilities.

That incident involved a fight that broke out at Salt Lake Park. A witness tried pressing an emergency button to summon police, but the Robocop simply told her to "step away."

"If they could do it, I mean why not?" said one nearby resident.

The bilingual HP Robocop says "nice to see you" and other short phrases. While cameras can shoot 360-degree video, it is not storing it.

Police Chief Cosme Lozano said he is working on enabling those capabilities, possibly in the next two weeks. In the meantime, police said it promotes safety by simply having law enforcement presence, and they remind residents to call 911 directly. 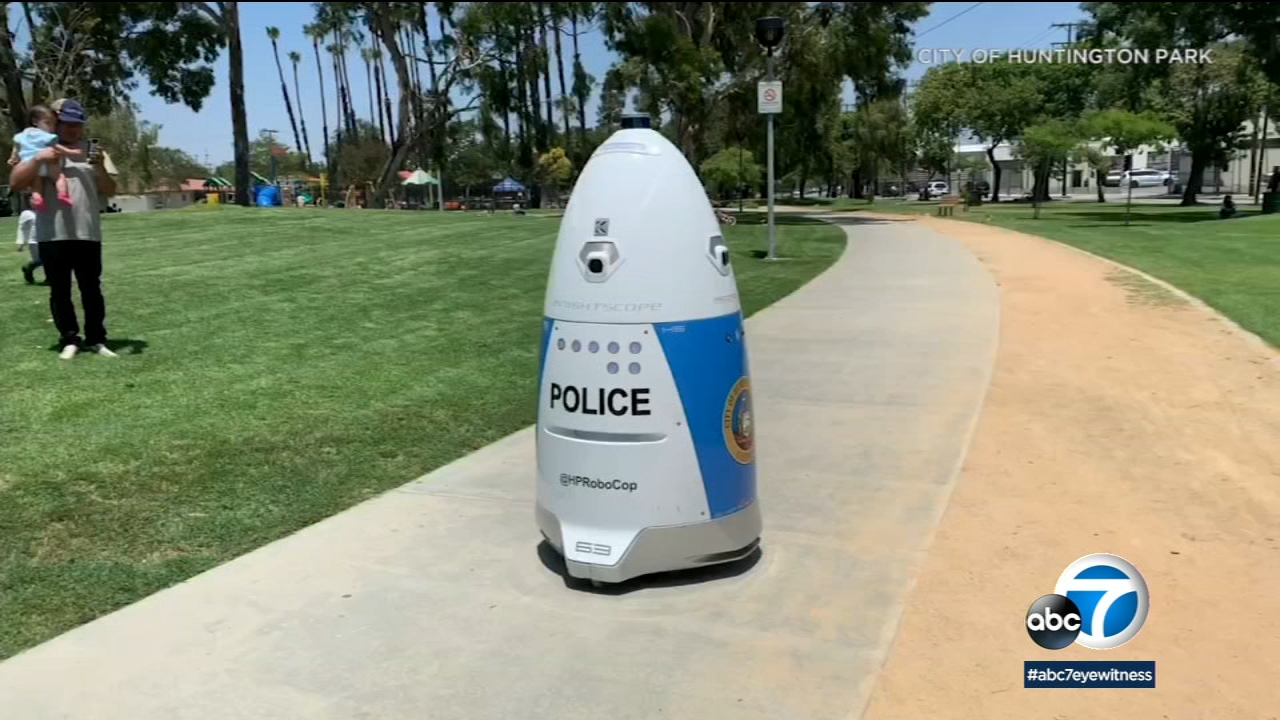 HP Robocop in Huntington Park is officially sworn in, ready to patrol streets