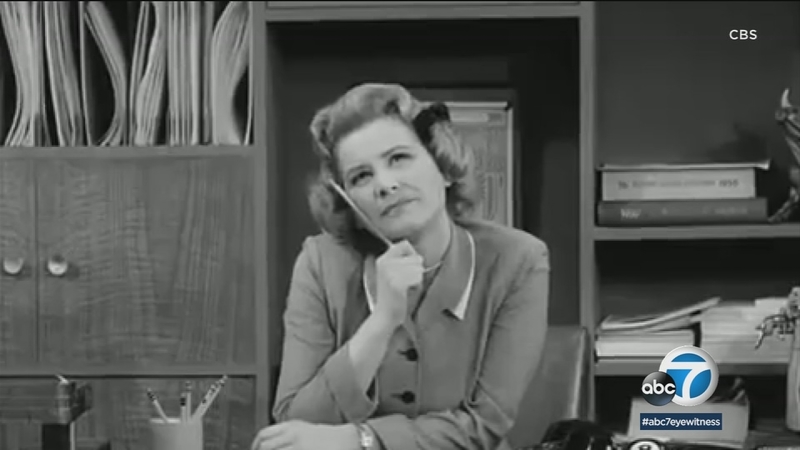 Marie died Thursday at 2 p.m. in Van Nuys, according to her official website. She had been resting in bed when a caretaker found she had stopped breathing, said family spokesman Harlan Boll.

It is with broken hearts that we share the terribly sad news that our beloved Rose Marie passed away this afternoon. https://t.co/boHpy71Fjx pic.twitter.com/qv9w8pNuOz

Marie was a comedy writer at the time on the show and said years later, women would come up to her and say, "Thank you for showing me the way. I wouldn't have become a writer if it wasn't for you."

In the 70s, she would go on and become one of the stars of the "Hollywood Squares." She also starred on "The Doris Day Show."

She appeared in numerous movies as a child and starred in the Broadway musical "Top Banana." She was nominated for three Emmys and received a star on Hollywood's Walk of Fame in 2001.

Comedienne Rose Marie is celebrating her 90 years in show business by being the focus of new documentary, "Wait for Your Laugh."

As she aged, "Baby Rose Marie" became "Miss Rose Marie" and then just Rose Marie. She insisted on that with her first agent.

ABC7's George Pennacchio interviewed Marie at her home just last month for the documentary. It would turn out to be her last on-camera interview.

"And when he passed away, I said, 'I got to do something to remember him by, it means too much to me,' and I started wearing the black bow," she recalled again. "So every time I wear the bow, I think of him. I think of him laughing at me. He thought I was very funny."

Marie saved memories of her entire career in rooms, on walls, in places all over her house.