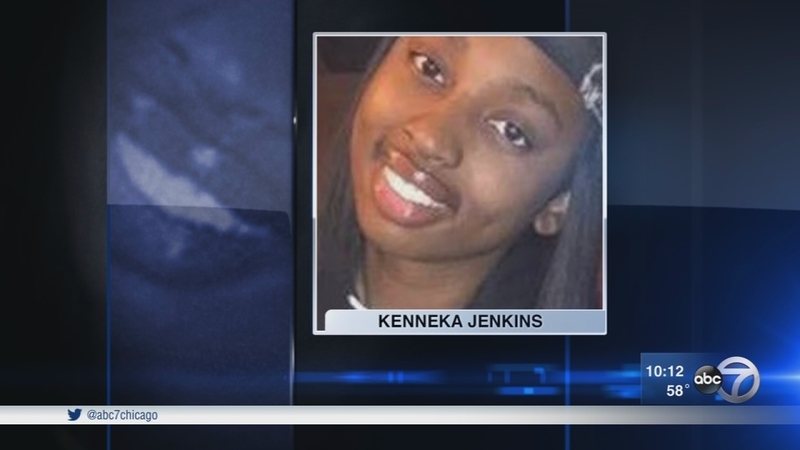 ROSEMONT, Ill. -- A 19-year-old Chicago woman was discovered dead early Sunday inside a freezer at the Crowne Plaza Hotel in Rosemont, police said.

Kenneka Jenkins was last seen Saturday morning and reported missing at about 1:15 p.m. She was attending a party Friday night on the ninth floor of the hotel.

Her family said that police told them Jenkins was intoxicated when she walked into the freezer.

However, the family believe there is more to the story.

Her mother Teresa Martin said she is horrified.

"It's something that no one could ever imagine. It's unbelievable," Martin said.

Jenkins' sister told police that Jenkins was seen leaving her Chicago home at 11:30 p.m. Friday for a party at the Crowne Plaza Hotel, 5440 North River Road. The sister said that she had received a text message from Jenkins at about 1:30 a.m. Saturday.

After being contacted by Rosemont police, the staff of the Crowne Plaza searched the hotel and Jenkins was discovered inside a freezer early Sunday morning. Police said her body was beyond resuscitation and was pronounced dead at the scene.