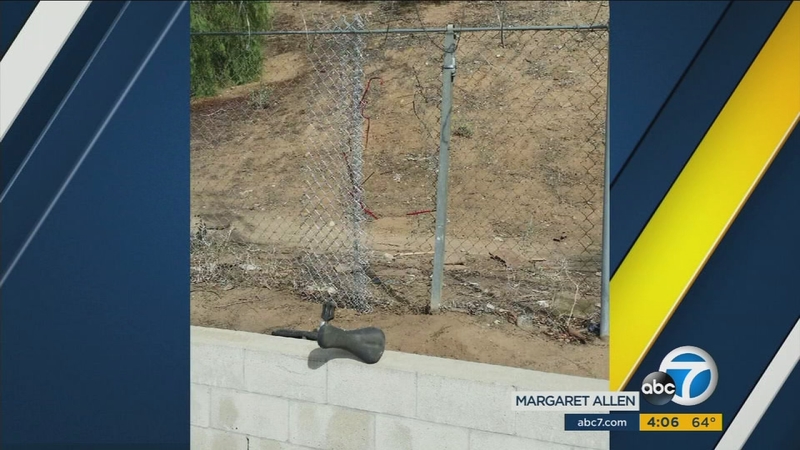 RUBIDOUX, Calif. (KABC) -- An investigation is underway at a Rubidoux storage facility after dozens of lockers were broken into.

The Riverside County Sheriff's Department says it is investigating about 30 burglaries at the Public Storage on Mission Boulevard in just the past month.

Eric Sebert says he's had $25,000 worth of property stolen, including a 70-inch flat screen TV and one of his quad ATVs. He says the thieves break in and punch through the walls, and hit as many units as they can.

"Basically, if somebody can get in here and get into one of these units, then they can have access to pretty much all the units because as you can see this is drywall," Sebert said.

"These walls, you can sock them out. They don't have no good walls here," Chrystal Williams said.

Williams says it's happened to her too, and a lot of other customers as well.

"They went through about 20 to 30 units...all in one night. How is that possible?" Williams said.

According to Sebert, management says "...they're talking to corporate, and they're working on it, but they really have no answers. They supposedly, like I said, hired security as of last week. They said they had a contract, but no one showed up."

Sebert says they cut through the back fence to break in. It's since been repaired.

But Sebert says because management doesn't allow anyone to be inside the facility after 9 p.m., whoever is breaking in has the place all to themselves.

Management they said they were not authorized to comment and referred Eyewitness News to the corporate office. As of Tuesday evening, we had not heard back.