While the new order does not have an end date, officials have said that some form of it will likely remain in place for the next three months.
KABC
By Rob Hayes and Elizabeth Munoz 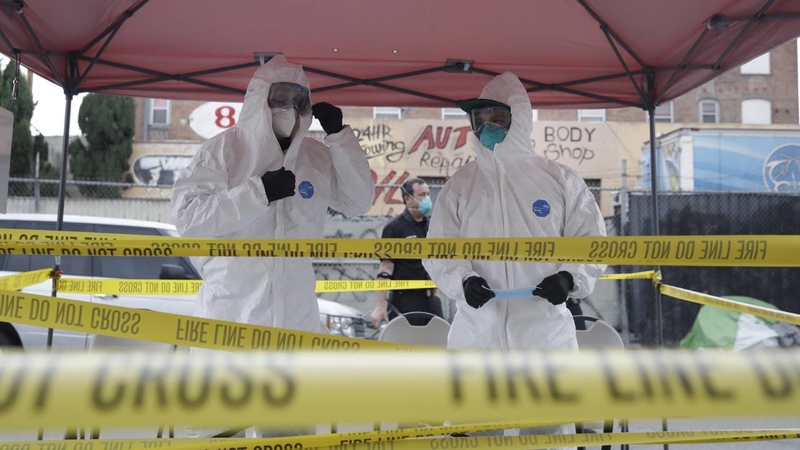 The announcement comes after county Public Health Director Dr. Barbara Ferrer said that health order will "most certainly" remain in place, in some form, for the next three months.

Ferrer began Wednesday's health briefing by apologizing for any confusion she "inadvertently caused" when she made those statements, adding that she did not intend the message to be that the region's stay-at-home order would remain as-is for that long.

The order will continue to be modified and loosened over time, she said, while remaining in effect. The newly issued order replaces the previous one, which was set to expire this Friday, but does not have an end date.

Los Angeles Mayor Eric Garcetti on Wednesday also sought to calm some of the public agitation over Ferrer's statements. He said his phone "blew up" with questions and comments after Ferrer spoke Tuesday.

He praised her efforts at leading the county's response to coronavirus, but sought to clarify her comments. He said the city won't be on lockdown for three months. He said some restrictions have been eased and will continue to be modified as appropriate.

Under the new order, all retailers can now open for curbside pickup, with the exception of those in shopping malls and centers. Manufacturing and logistic businesses that supply those retailers can now also reopen.

Supervisor Kathryn Barger, chair of the county Board of Supervisors, unveiled a four-point plan whose criteria she said would have to be achieved before the easing of restrictions could begin.

The same precautions, such as physical distancing and face coverings, are still required under the new order. The public is still not allowed to enter any of these businesses.