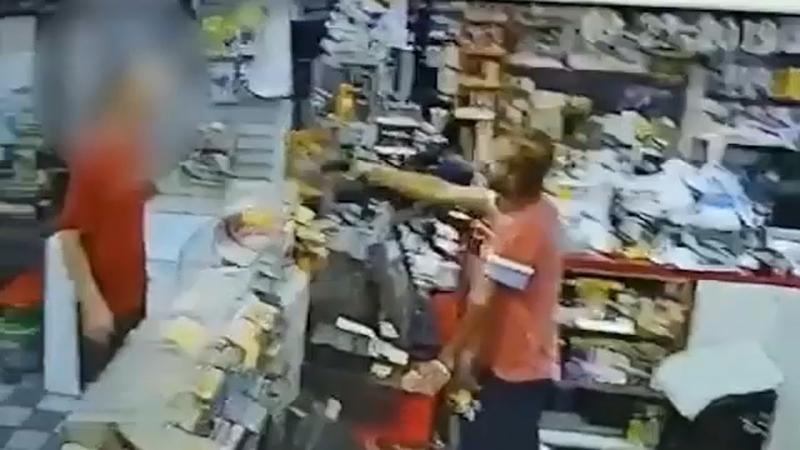 SALEM, New Jersey -- Police in Salem, New Jersey, have arrested a Sunoco store clerk after video shows him forcing a suspected shoplifter to strip while pointing a gun at him.

The incident happened Monday night at the Sunoco located at 63 Market Street.

Video shows Saraswat pointing a gun at a male customer in the store. According to store personnel, the victim had been caught shoplifting over the last few days.

The video shows the victim with his hands up and then he's forced to strip down naked while at gunpoint.

The gun Saraswat used was determined to be an Airsoft gun.

According to FindLaw.com, "Airsoft guns are best compared to BB or pellet guns that are often manufactured to look just like real machine guns, rifles, and hand guns...While Airsoft guns are often considered toys, the reality is that they are projectile weapons capable of inflicting harm."

Saraswat was later released on a summons. The victim is not facing any charges.