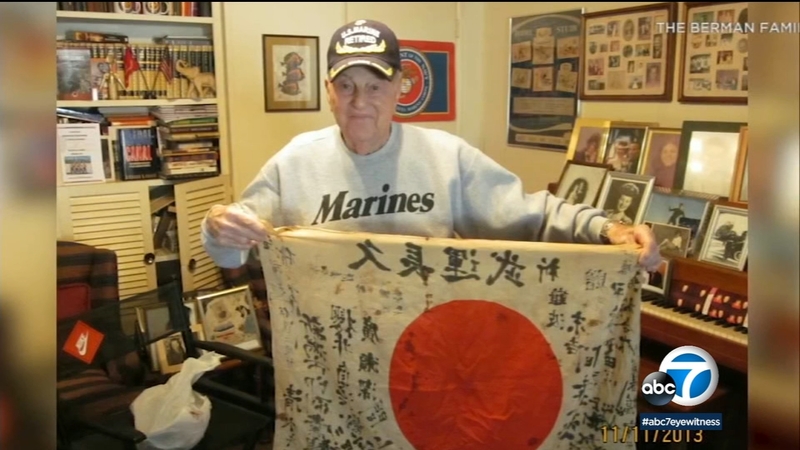 Nat Berman was a 98-year-old World War II veteran with such a sharp memory, that he recalled many fascinating stories about his service during the war as a Marine.

Shortly after he spoke to Eyewitness News, Mr. Berman became ill and was hospitalized.

With his family's blessing, we are bringing you his story as a tribute to Nat Berman's bravery, spirit and service. When you see pictures of him, Nat Berman is smiling, but some of his memories from World War II still gave him nightmares.

He especially remembered the Battle of Tarawa. He never forgot what a sailor told him as he dropped Nat and other Marines in the water off the island's beach.

Nat was just 22 years old, entering one of the bloodiest battles of the war. He credited prayer with getting him through it.

"I was never a religious guy, but I learned to pray automatically. I think that's what helped me get through," Berman said.

He was an accomplished cartoonist and over the years he captured many memories with pictures. They serve to capture the thoughts and feelings of life in the military. He also had an amazing diary filled with his thoughts and fears.

"Well, it brings back a lot of memories. Horrible, war memories," he said.

But in those handwritten pages, there are some good memories, too.

During the war, Nat ended up taking five Japanese soldiers prisoner on Tarawa. His stories of courage under fire have stood the test of time, and are as riveting as ever.