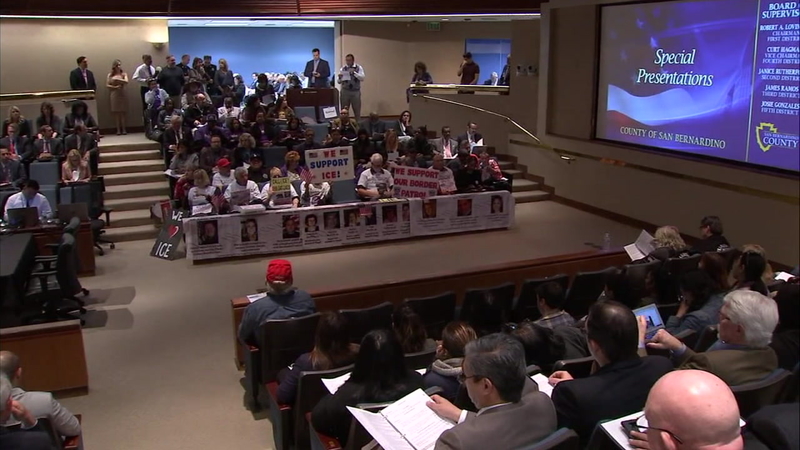 "Let's stop the madness. They are here illegally, they're criminals, they are murderous," John Willis said.

Willis was one of a dozen speakers who talked during the public comment section of the forum.

"Not all immigrants commit crimes when they are deported. They are being separated from their families and children as well," said Marcella, who identified herself as a youth organizer.

Under the California TRUTH Act, Sheriff John McMahon is mandated to provided information and statistics on the extent of law enforcement's cooperation with ICE.

The sheriff laid out three laws for those in attendance, describing the limits with which his department is able to communicate with federal immigration authorities.

"AB4, which is the Trust Act, which prevented law enforcement from keeping individuals in custody at the request of ICE past their normal release time," McMahon said.

Prior to the law, the sheriff's department could hold an undocumented inmate up to 48-hours to allow ICE to detain them. Now, they must notify an inmate if ICE wants to interview them and give them the option to decline or have an attorney present.

Under the California Values Act, local and state law enforcement are not allowed to use any resources or money for immigration enforcement.

According to TRAC, a nonprofit data and research firm, San Bernardino County has the highest number of ICE arrests in the entire country.

"This statistic is horrible and needs to change in order to rebuild the shattered trust that the community and the police force has," one speaker said.

"I'm tired of having these people out on my streets. If need be, I'll pick them up from the jail system and deliver them to your addresses, I'll bring them right to your door," another speaker said.