The two animals are currently the only arson canines in San Bernardino County and two of six teams in California.
KABC
By Leticia Juarez 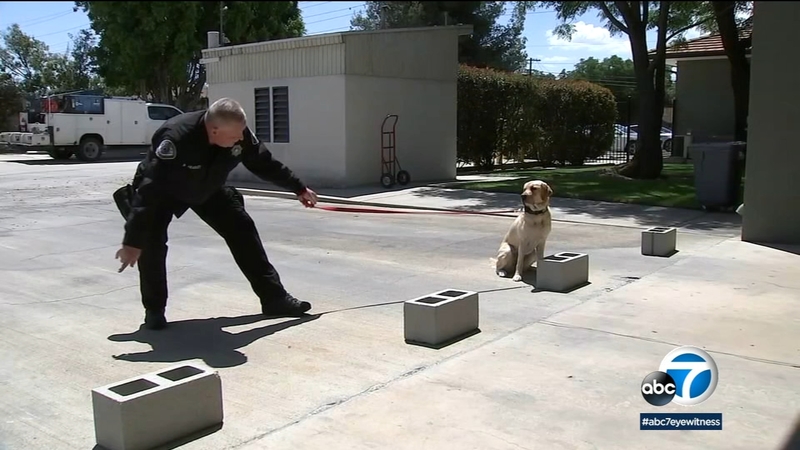 SAN BERNARDINO, Calif. (KABC) -- The San Bernardino County Fire Protection District launched its first arson canine program in more than two decades last year, and the team has been hard at work ever since.

"The variety of fires they respond to are tremendous, whether it is a simple trash fire that someone lit behind one of our businesses or a wild land fire or in the case of a structure fire where somebody may have purposely lit that structure," said Chief Dan Munsey.

The dogs, known as detection canines, are trained to sniff out minute traces of accelerants and ignitable liquids, such as gasoline or lighter fluid.

According to SBFPD, Ginnie and her handler, Assistant Fire Marshal Brian Headley, recently returned from a 4-week training.

The two animals are currently the only arson canines in San Bernardino County and two of six teams in California.

"We do have electronic instruments, but the dog is more accurate," said fire investigator Shawn Reiss. "His nose is 10 times more effective. He has 200 to 300 million receptors when he sniffs. He is going to find it."

The department was the recipient of the State Farm Arson Dog Training Scholarship, which gave them $25,000 to fund the program.