It's the first time that the Serrano language has been given a place of priority in a public space in San Bernardino County.
KABC
By Rob McMillan 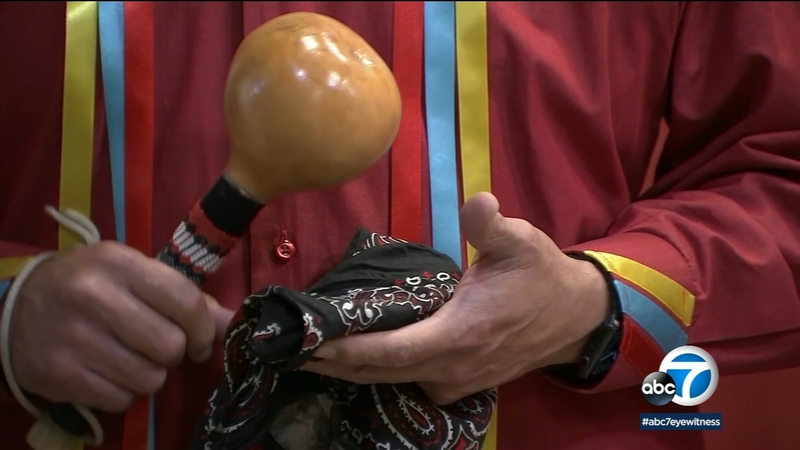 REDLANDS, Calif. (KABC) -- For the first time in the history of the Inland Empire, San Bernardino County officials publicly acknowledged the land on which three of its museums sit is the ancestral territory of the Serrano people.

The announcement was made during the unveiling of a proclamation at the front entrance of the San Bernardino County Museum in Redlands that depicts the written and spoken words of the Serrano people in their native language.

"There were 7.4 million acres at one time that our ancestral territory covered," said Ken Ramirez, chairman of the San Manuel Band of Mission Indians. "Now we're down to one square mile on the reservation in San Manuel.

"Just to be acknowledged as part of the community, this is great," said one member.

According to a news release, it's the first time in living memory that the Serrano language has been given a place of priority in a public space in San Bernardino County. The acknowledgement covers not only the museum in Redlands, but also the Victor Valley Museum in Apple Valley and the Yucaipa Adobe.

Ramirez said at one point, not long ago, there were only two known fluent speakers of the Serrano's native language in the San Manuel tribe.

He shared a story told by his grandmother when tribal members were sent to boarding schools throughout the county.

But Karina Torres, who's on the business committee for the San Manuel tribe, says times have changed. She's pleased that histories of the county and Serrano people can be shared in a culturally appropriate way.

"For my children, and all the children of this county, I thank everyone involved for making this act of respect and restoration happen," she said.