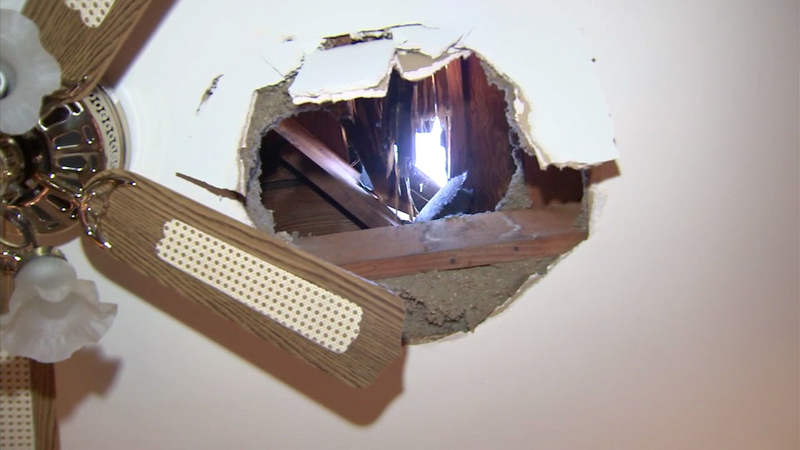 Ice from plane falls through roof of IE home; 2nd incident in 5 weeks

SAN BERNARDINO, Calif. (KABC) -- For the second time in five weeks, an Inland Empire family has reported ice, possibly from an airplane, falling through their roof and landing on their bed.