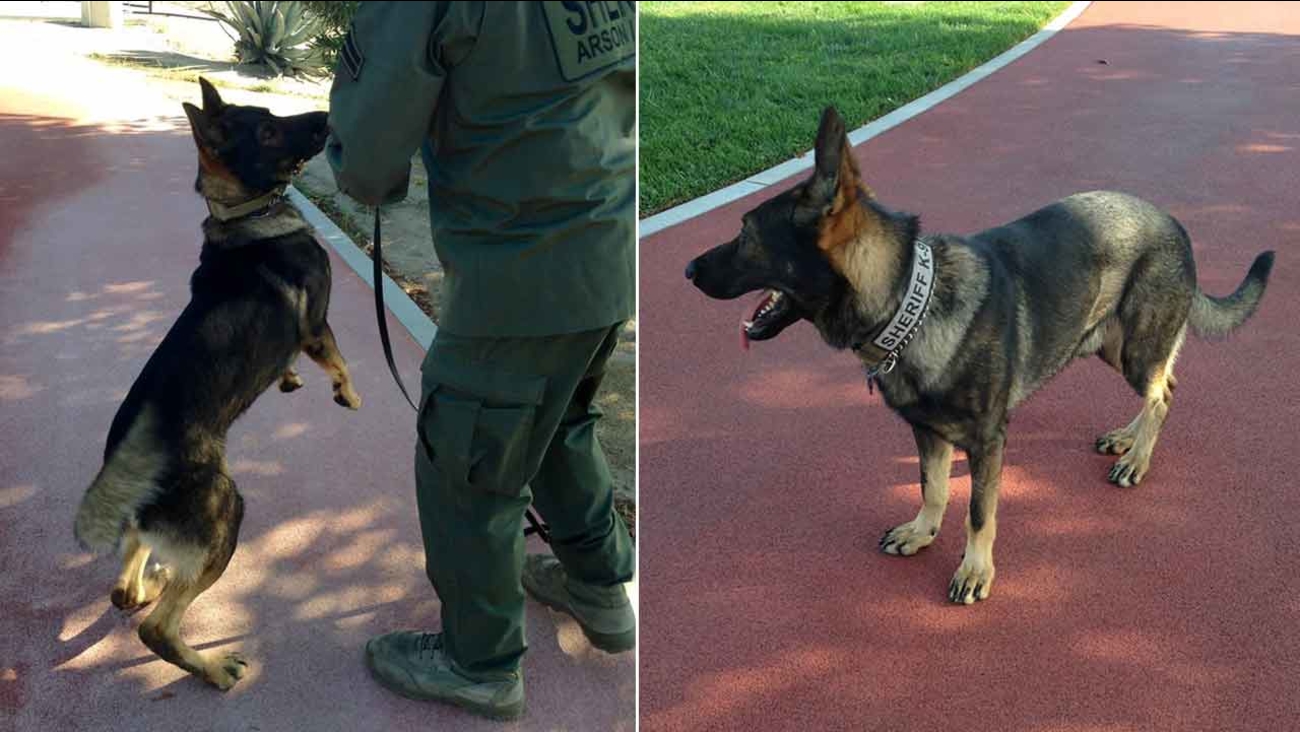 SAN BERNARDINO, Calif. (KABC) -- A San Bernardino County sheriff's detective lost his finger during an attempt to save his K-9 partner, trained in explosive detection and tracking, who died while searching a warehouse, officials said Friday.