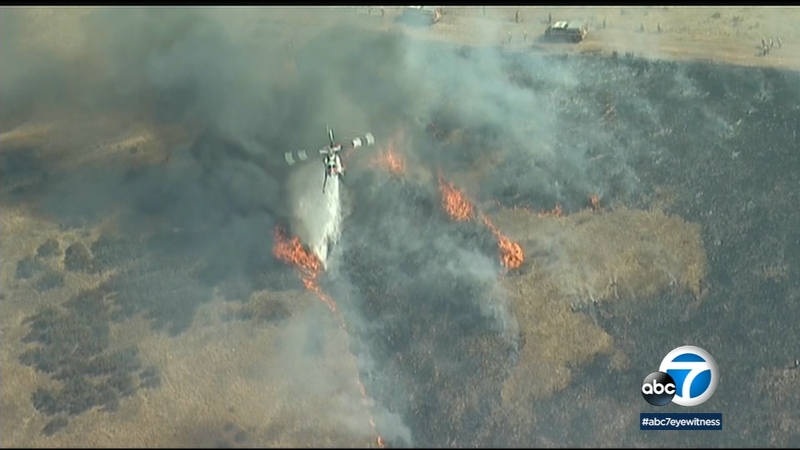 SAN BERNARDINO, Calif. (KABC) -- A brush fire erupted Wednesday afternoon in San Bernardino, prompting officials to issue an evacuation order for a neighborhood near the 215 Freeway.

The so-called University Fire was reported shortly before 11:30 a.m. near North University Parkway and the northbound side of the 215, according to the San Bernardino County Fire Department.

Firefighters from that agency responded to the scene, as did personnel from Cal Fire and the Colton Fire Department.

"At the start, the fire threatened a dialysis center," the San Bernardino Fire Department said in a tweet. "Thanks to an emergency plan that was clearly practiced by the staff, all 23 patients were safely and successfully evacuated."

Firefighters raced to defend structures in the area amid temperatures that were reaching into the high 90s.