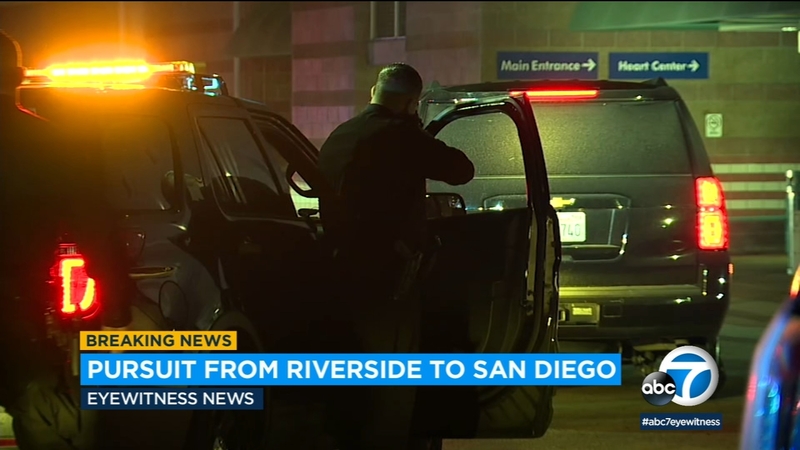 SAN DIEGO (KABC) -- An armed suspect accused of robbing a bank in Riverside led authorities on a chase to San Diego and is in a standoff with deputies in front of a children's hospital Wednesday night.

Riverside police said the suspect robbed a bank at gunpoint just before 6 p.m. in the 19300 block of Van Buren Boulevard and fled the scene.

The suspect stopped in front of Rady Children's Hospital and is in a standoff. Officers and K-9s surrounded the suspect's vehicle, a black SUV. Rubber from at least one of the vehicle's rims was seen completely gone.

A shelter-in-place order for patients and employees has been put in place and a lockdown inside the hospital is underway due to safety concerns.