Fire officials announced Wednesday that crews are making good progress on the San Gabriel Complex Fire, which has burned nearly 5,000 acres in the Angeles National Forest.

Containment stands at about 15 percent as of Wednesday night, officials said. The pair of fires, dubbed the Fish Fire and Reservoir Fire when they first broke out Monday, have not merged, although they are only a mile and a half apart. About 1,400 fire personnel were on scene fighting the flames.

Acreage estimates on Tuesday showed the two fires burned a combined total of 5,400 acres, but by Wednesday morning, the amount was revised down to 4,900.

Due to triple-digit heat and winds, the fires swelled within a few hours of erupting, prompting mandatory evacuations for 770 households in Duarte. Fire officials said residents in about 534 households living north of Royal Oaks Drive, east of Greenbank Avenue and west of Encanto Parkway would be allowed to return home Wednesday afternoon.

Authorities are still concerned about the west flank of one of the fires because it's close to the northeastern portion of Monrovia and Bradbury. So far, authorities have not evacuated either community but encourage residents to be vigilant and prepared should any changes in the fire happen. Canyon Park, Trask Boy Scout Camp and Hillside Wilderness Preserve were closed in the city.

Overnight Wednesday, two helicopters made water drops to quell the flames. The method appeared to work as flames moved away from homes.

Weather conditions are also expected to be cooler, with at least 30 percent humidity that will give firefighters more control over the fires. But stronger winds around 20 to 25 mph are expected in the afternoon, which could cause one of the fires to travel farther west, officials said during a mid-morning press conference.

The cause of both blazes is under investigation.

Large animals can be taken to the Hansen Dam Equestrian Center at 11127 Orcas Ave. in Sylmar, and small pets can be taken to Wonder Dog Ranch at 220 Taylor St. in Monrovia. Fire officials also asked Duarte residents who were allowed to go back home to keep their large animals at the Pomona Fairplex, which is another place people could bring their animals. 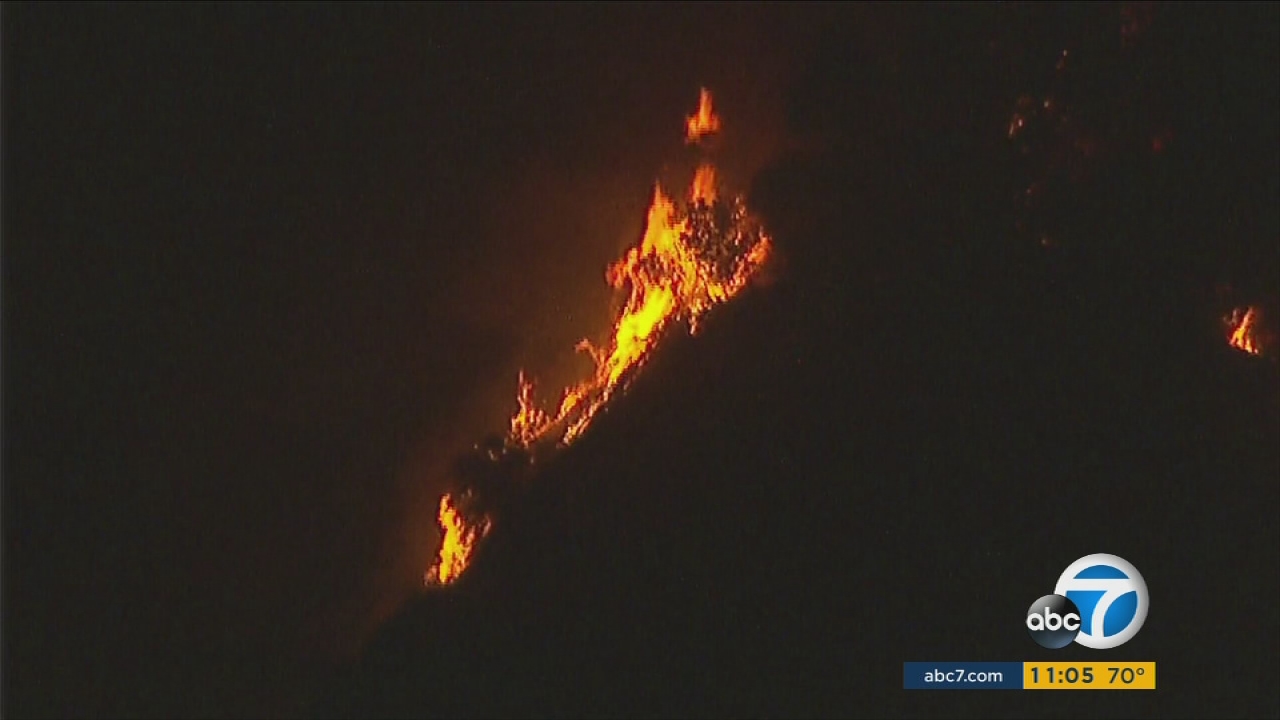 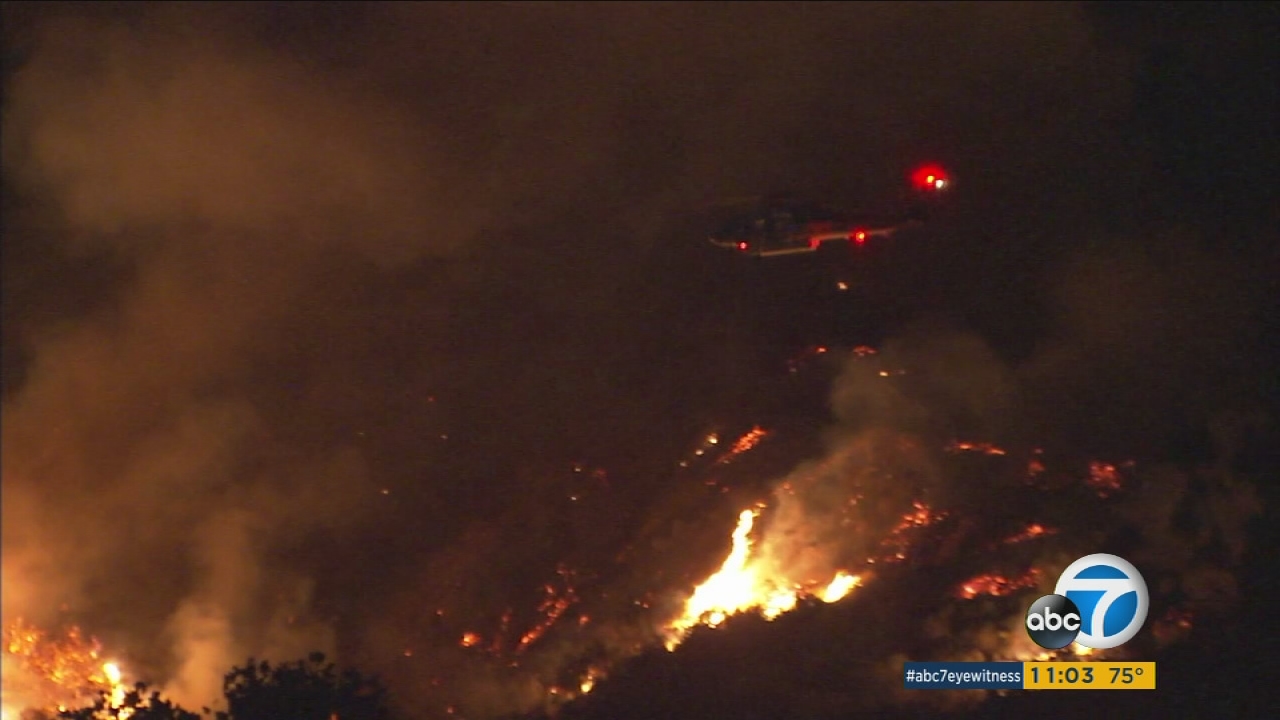 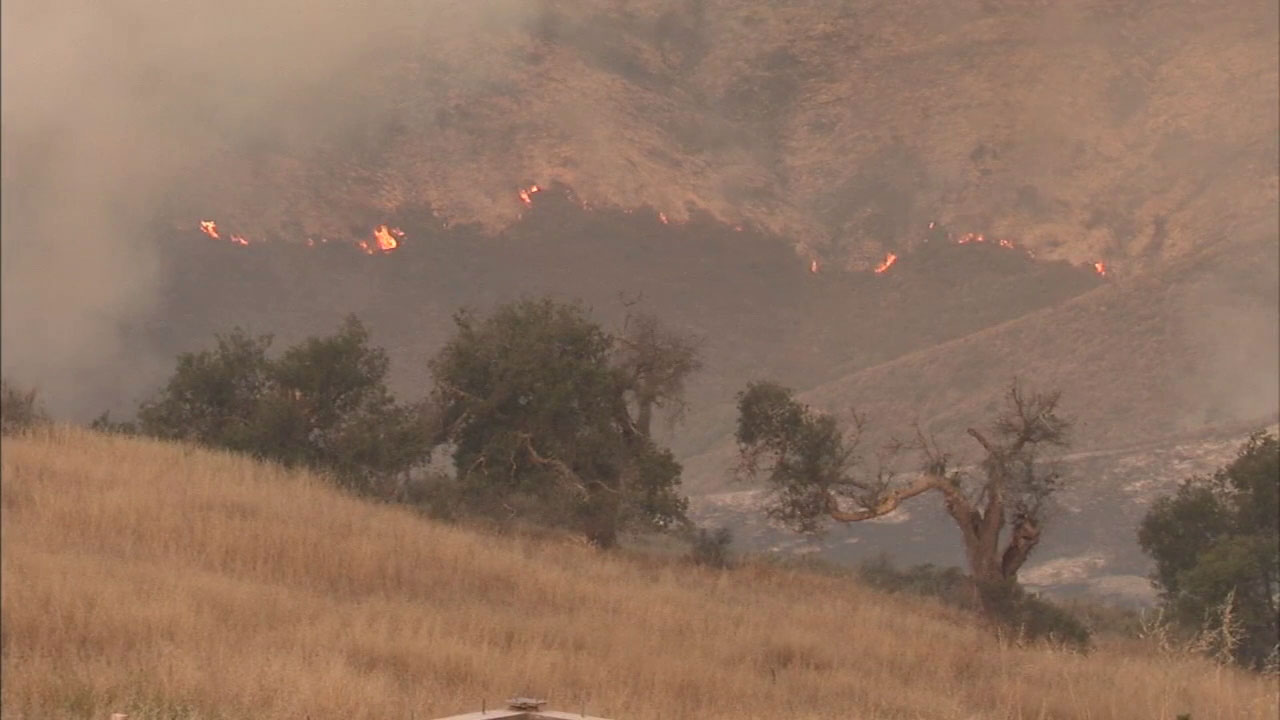