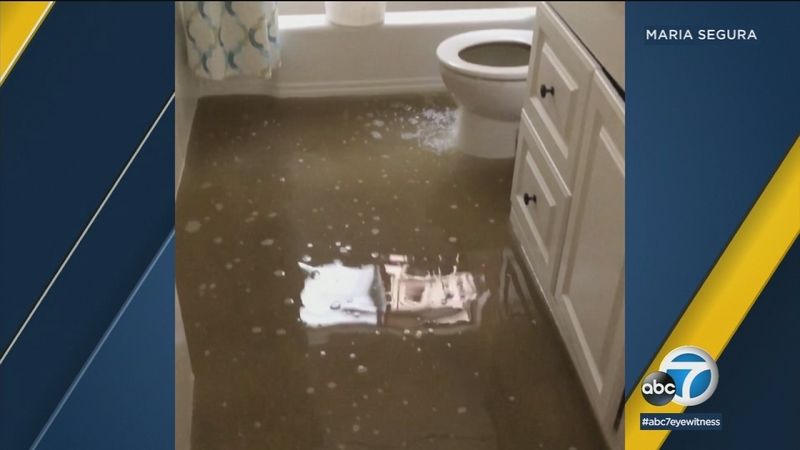 SAN GABRIEL, Calif. (KABC) -- Residents in San Gabriel dealt with a stinky situation as a river of sludge invaded homes due to a backup in the sewer system Wednesday night.

The city scrambled to fix the problem along Arroyo Drive, near Santa Anita Street, before it got worse.

City officials said a sewage blockage impacted the sewer system's ability to carry sewage upstream, and as a result businesses and residents experienced a backup with their sewage.

Public Works worked to remove wastewater from a well to fix the faulty pump.

Maria Segura was just one of dozens of residents impacted after the incident was reported at about 5:30 p.m. She had sewage spill out of her toilet and flood her bathroom.

"There's sewage coming out of all the buildings on the sides. A couple of units got raw sewage (on the) bottom level," one resident said.

The San Gabriel Fire Department said about 70 people were impacted, including people staying at an assisted living facility. Many of the Alzheimer's patients on the first floor had to be relocated.