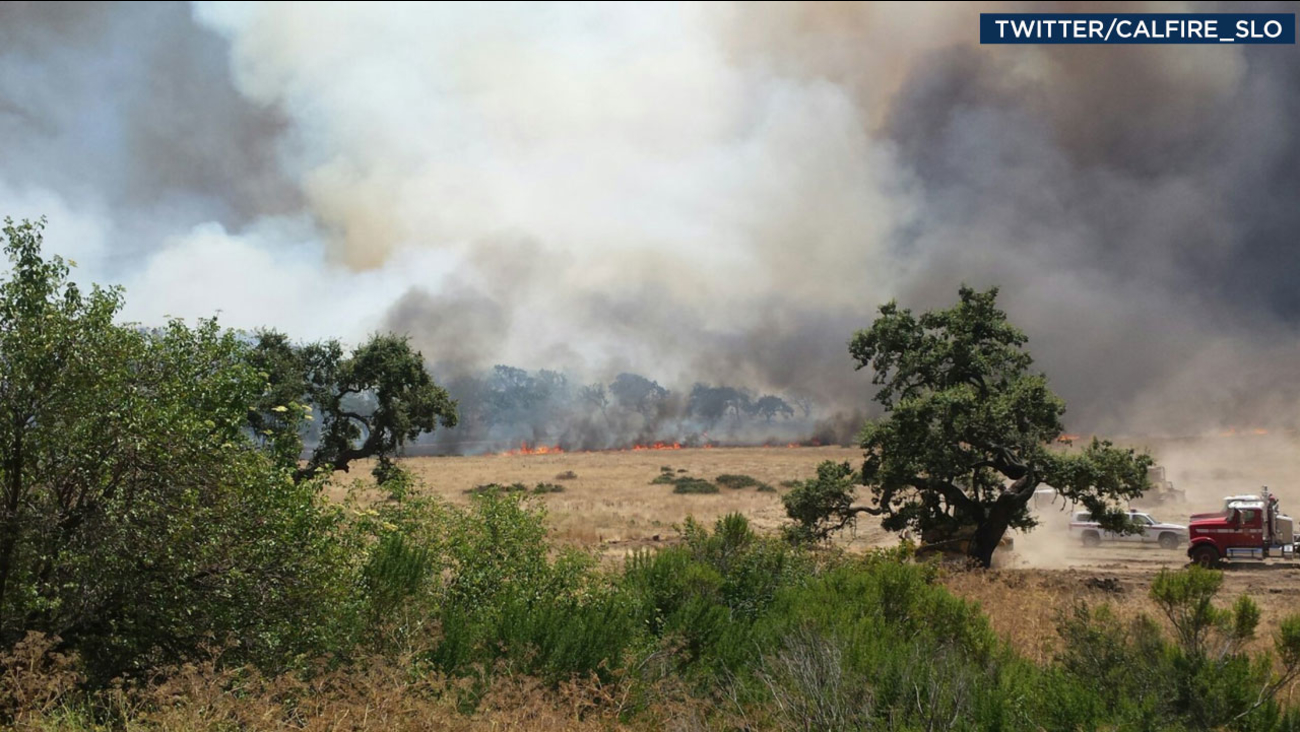 The blaze was reported around 3:30 p.m. Thursday. It quickly grew to 3,000 acres with only 10 percent containment by Friday afternoon. It's located near Twitchell Reservoir off Highway 166, near the Santa Barbara County line.

The smoke was seen for miles and the Santa Maria Police Department tweeted out a photo of the clouds of smoke that could be seen at its headquarters.