'God is good:' Emon Barnes released after 19 years in prison, while maintaining his innocence 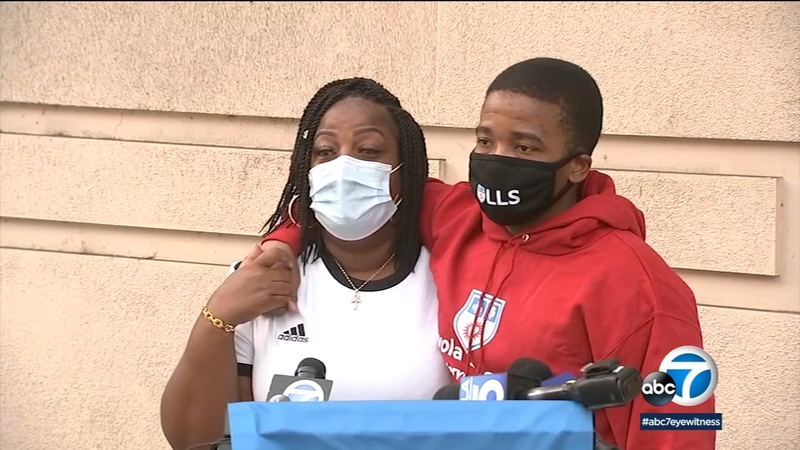 Man released after 19 years in prison, while maintaining his innocence

A man with sickle cell disease who spent more than half of his life in prison, while maintaining his innocence, became a free man on Friday.

Emon Barnes was sentenced to 40 years to life after he was convicted of shooting two minors 19 years ago. One was paralyzed. Barnes has maintained that he was with his family at the time.

Since then, his attorneys say one victim recanted their statement and a witness said Barnes was not the shooter.

His mother, Lorna DuVea, anxiously awaited his release alongside family outside the Men's Central Jail in Los Angeles.

"Nineteen years, I never gave up on my son. I always encouraged him to just hold on and believe," DuVea said.

At 15, Barnes was tried as an adult, which is now illegal in California.

"Had he been sentenced today, he would have been released by the time he was 25. Today he's 34," said Michael Petersen, a staff attorney for the Loyola Project for the Innocent (LPI.)

While serving his sentence, Barnes also tested positive for COVID-19 while at San Quentin State Prison.

Lawyers and family members are making a plea to Gov. Gavin Newsom to free a San Quentin inmate with sickle cell disease, making the case that he is especially vulnerable after he tested positive for COVID-19.

The Loyola Project for the Innocent worked with the Los Angeles County District Attorney's office on the case, which filed a petition for re-sentencing.

"Asking the judge to consider his stellar conduct in prison," Peterson said.

A judge then ordered his release.

As he walked out the jail doors as a free man, straight into his mother's embrace, relatives shouted with joy.

"I'm grateful. And God is good," Barnes said. "You a kid in a grown man environment. I can't lie. I was broke mentally but my mom, my granny and then told me to keep praying. So I kept praying and God blessed me through it."

Barnes' attorneys and law students at the LPI will continue working to fully vacate his conviction and prove his innocence.

"It is an important step, him walking out of prison today. But this isn't the end," Petersen said.