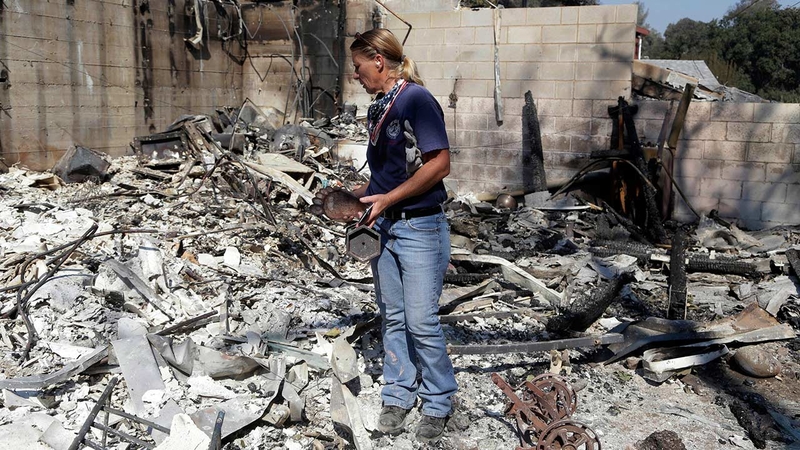 SANTA CLARITA, Calif. (KABC) -- The Sand Fire, which has burned more than 38,000 acres in the Santa Clarita area, is now 40 percent contained, according to fire officials.

It has charred approximately 38,346 acres as of the latest fire update Wednesday. Firefighters are hopeful to continue gaining an upper hand on the fire, but high heat and winds in the afternoon could hamper efforts.

Torlakson, the state superintendent of public instruction, is acting governor until Gov. Jerry Brown comes back from the Democratic National Convention in Philadelphia.


Nearly 3,000 firefighters from multiple agencies work day and night to calm the blaze, which quickly exploded when it first broke out Friday afternoon.

At one point, the fast-moving wildfire threatened thousands of homes and caused 20,000 residents to evacuate. On Monday night, most of them were allowed to go back home.

While firefighters are gaining the upper hand in the fight, officials said they still have 60 percent of the fire to contain. Fire officials are also asking people to stop operating drones in the area, which has hampered firefighting efforts from time to time.

Since the blaze broke out, 18 homes in Sand Canyon, Bear Divide and Little Tujunga were destroyed, one structure was damaged and five suffered minor damage.
EMBED More News Videos

Several animals that were rescued during the Sand Fire evacuations have been able to return home.

Many residents who were evacuated have now returned to see what's left of their homes. While Jeanne Johnson's home off Sand Canyon Road was untouched, three surrounding homes were a total loss.

"It's a miracle that this house is still here," Johnson said. "We were very fortunate. The L.A. County firefighters were marvelous and they stopped the fire before it burned our house."

The three nearby homes destroyed in the blaze belonged to siblings of Johnson. She said it was a race against time to evacuate as large flames climbed over the ridge, and all but one of her pets were able to escape.

"We were able to take two of our cats, they were all frightened, but one of them was so frightened she scurried off and firefighters actually found her, but she was burned. So we took her to the vet and they're keeping her for five days and soaking her paws in a special fluid to make her better," Johnson explained.

"At 2 in the morning, luckily I was up, and I noticed smoke and flames so we got everyone out of the house and the fire department got up here within 10 minutes," Crouch recalled.

This was the fifth wildfire Crouch has been through in 35 years and she said she'd never seen a fire like this before.

"Well this one was the most aggressive fire I think anyone has seen around here," Crouch said. "Even the firemen were saying they hadn't seen one this aggressive."

As residents continue to settle back into their homes, air quality advisories have been issued for the Santa Clarita, Antelope and San Gabriel valleys as well as the San Gabriel Mountains until at least midnight Wednesday.