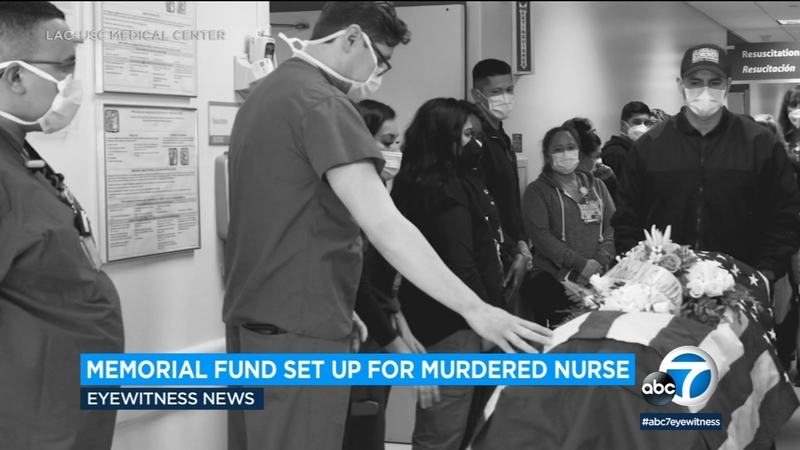 LOS ANGELES (KABC) -- A memorial fund is being set up to help the family of a devoted nurse who was murdered while waiting for a bus earlier this month.

The video shows her covered body on a stretcher being escorted out of the hospital with fellow nurses and other first responders lining the hallways.

"Ms. Shells will forever be remembered for her compassionate care and unmatched dedication to her patients, and her community," the video said.

The Sandra Shells Memorial Fund will also help other families impacted by violence.

An emotional vigil was held in downtown Los Angeles to honor Sandra Shells, an L.A. County-USC Medical Center nurse who was fatally attacked while waiting for a bus to take her to work.

The suspect, identified as Kerry Bell, was arrested for Shells' murder. Authorities say Bell attacked Shells at the bus stop located on Cesar E. Chavez Avenue and Vignes Street on Jan. 13, and caused her to fall backward and hit her head on the ground. Shells died at the hospital.

The Los Angeles County District Attorney's Office charged Bell with one count of murder. Bell's arraignment on the murder charge was continued to Feb. 9, and his bail was set at $2 million.