More than a dozen good Samaritans then rushed over and worked together to flip the car over.

The two men in the white Acura, both in their 20s, remain in critical condition.

Santa Ana police are still investigating exactly what led up to the crash. They say a truck struck the Acura as the driver tried to make a left turn into a store.

The surveillance video then shows a mob of people running toward the accident. Witness Jacqueline Gutierrez said only the passenger of the Acura was conscious.

Then, the video shows the crowd working together to flip the Acura off its roof and back onto its tires. Though police say this can be extremely dangerous, they were amazed at these strangers' willingness to help.

"An impressive sight to see that mass of people quickly respond towards something like this," Bertagna said

Firefighters had to use heavy machinery to free the men, who are still hospitalized. 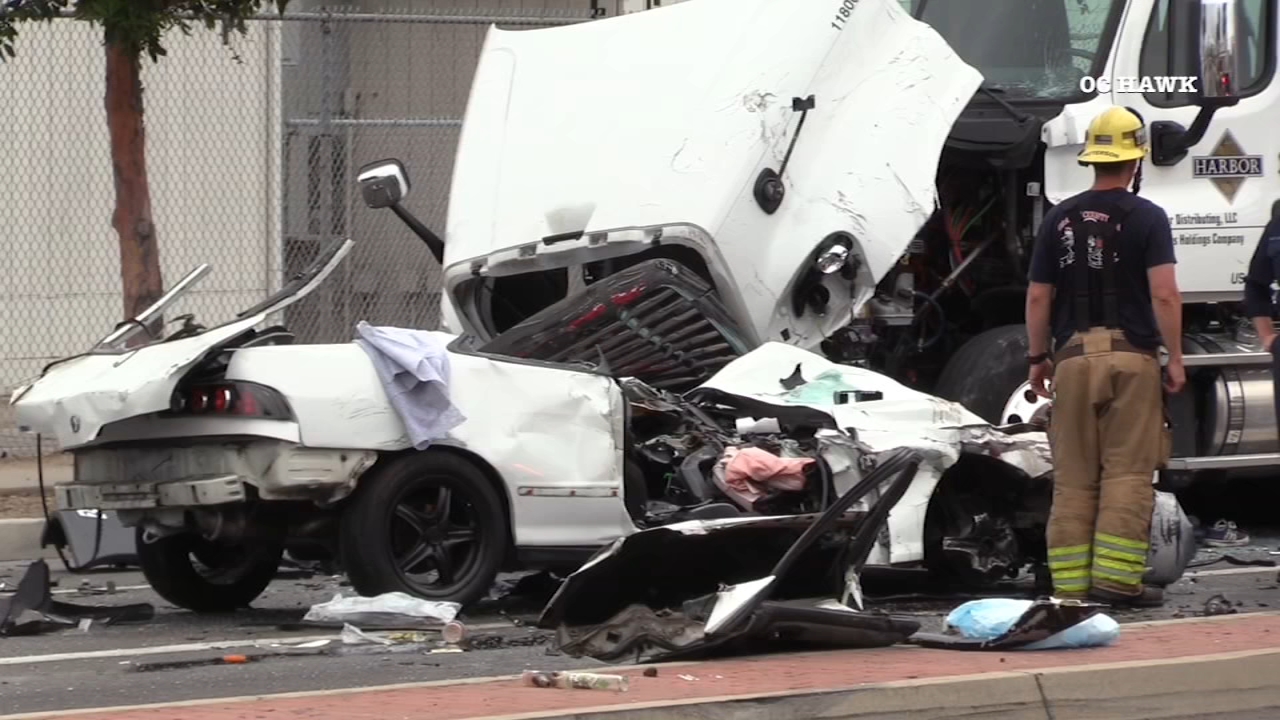