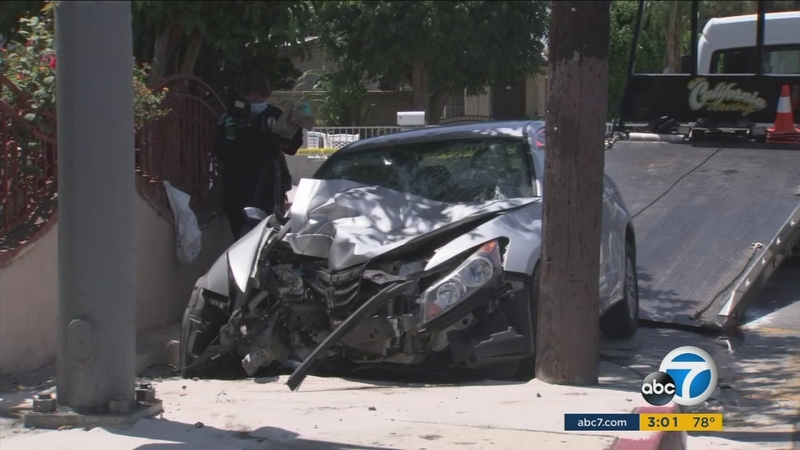 SANTA ANA, Calif. (KABC) -- Five juveniles were injured after an underage, unlicensed driver suspected of driving under the influence struck pedestrians in Santa Ana on Thursday, according to the Orange County Fire Authority.

The crash was reported in the 1600 block of S. Greenville Street. The vehicle struck a pole, injuring two teenage boys on the corner of Greenville and Pomona streets.

Cpl. Matt Wharton of the Santa Ana Police Department said the vehicle was "traveling at a high rate of speed" when it crashed into the pole and the two walking boys.

Investigators said they found open containers of alcohol inside the wrecked car.

"There was smoke in there and there was gasoline in the floor," said a neighbor who rushed to the scene of the crash to try to help the injured teens.

Police said all of the injured, three teenage occupants in the car and two pedestrians, are juveniles and have been transported to nearby hospitals.

"Altogether we had three traumas that were designated and were taken to local trauma centers and one minor patient," said Capt. Larry Kurtz of the OCFA. Two of the juveniles involved are 15 and two are 16, Kurtz said.

The condition of the fifth person was unclear.