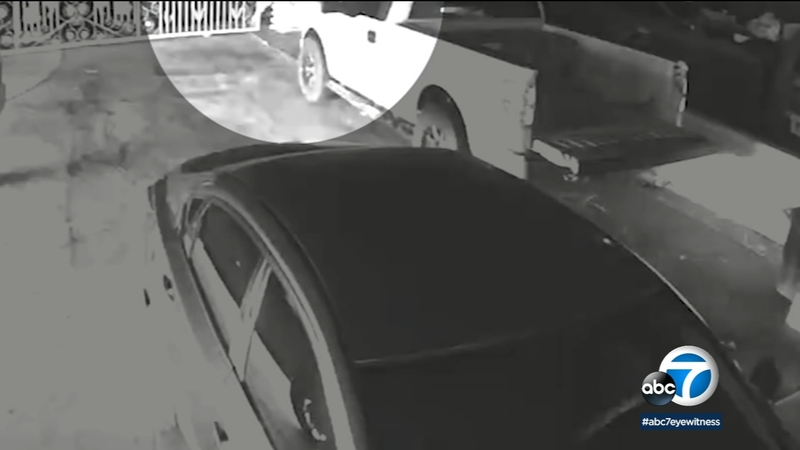 SANTA ANA, Calif. (KABC) -- Surveillance video shows an unidentified person walking away from a family's Santa Ana home on Wednesday evening moments after flames erupted in the garage, but investigators have ruled out arson as the cause of the blaze.

The fire was reported shortly after 11 p.m. at a house in the 1400 block of West Borchard Avenue, according to Battalion Chief Mike Summers of the Orange County Fire Authority.

Firefighters responded to the scene and extinguished the flames in the garage within 12 minutes, making sure the fire did not extend into the residence, Summers said. The firefighters were also able to find the family's dog.

Juan Barajas, who lives in the home, said that once he realized a fire was burning he and his wife scrambled to get their four children to safety. He then called 911.

"I'm good with all my neighbors -- don't know why someone would do this," Barajas said in an interview at the scene.

A home in Venice was destroyed and a dog was killed in a fire early Wednesday morning and neighbors are questioning if it was linked to the growing presence of homeless encampments in the area.

The family believes someone threw gas and intentionally ignited the blaze. An official investigation is underway by the Fire Authority, but it says arson is not the cause.

"Our team of fire investigators meticulously analyzed the physical evidence, resident statements & security video footage to rule out this being an intentional act," OCFA tweeted.