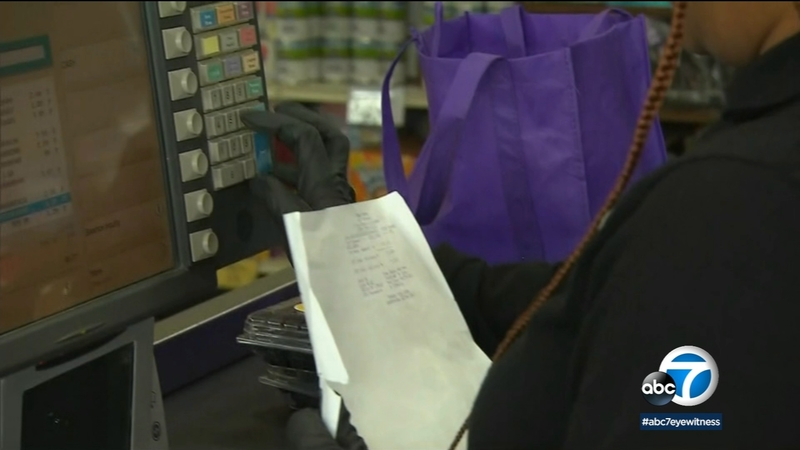 SANTA ANA, Calif. (KABC) -- The city of Santa Ana is looking into giving grocery and pharmacy employees an extra $4 an hour in hazard pay, a temporary boost in their paychecks for being essential workers during the pandemic.

The Santa Ana City Council last week directed city staff to explore the pros and cons of such an ordinance, according to the Orange County Register.

One councilwoman wants the pay boost for workers in companies that have at least 300 employees nationwide, with at least 10 workers in each store, the news outlet reports.

The proposed boost in pay could be in effect for about four months.

The Board of Supervisors is looking into a motion that would require national grocery and drug retailers operating in unincorporated areas of the county to pay frontline workers an additional $5 per hour in "hero pay."

The Los Angeles County Board of Supervisors voted unanimously Tuesday to extend a local rent-relief program and eviction moratorium.