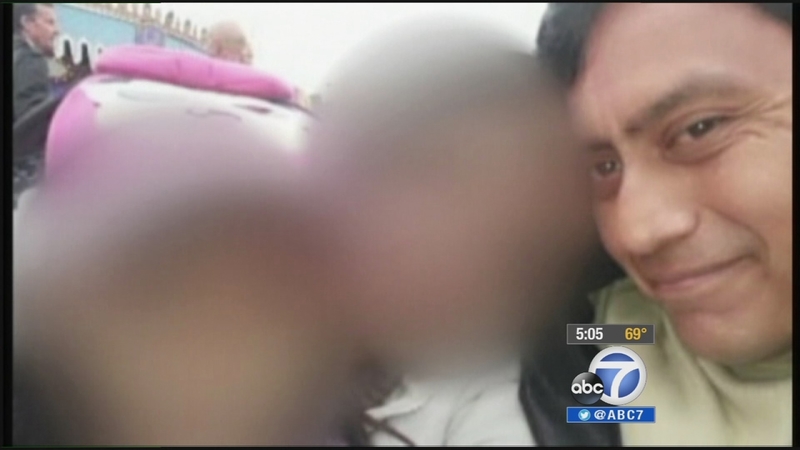 SANTA ANA, Calif. (KABC) -- A 42-year-old Bell Gardens man has been charged for kidnapping his girlfriend's 15-year-old daughter in 2004 and sexually assaulting her for 10 years.

Isidro Medrano Garcia appeared in court for his arraignment hearing, which was scheduled to continue June 9. His bail was set at $1 million and an immigration hold remains in place.

Isidro Garcia appears in a Santa Ana courtroom for an arraignment hearing on Thursday, May 22, 2014.

Garcia met the alleged victim, who is now 25, when he was dating and living with the teen's mother in 2004. Prosecutors say he "groomed" the victim by "buying her gifts and taking her side when the victim and her mother argued."

In the months leading up to the alleged kidnapping in August 2004, Garcia is accused of sexually assaulting the teen on three separate occasions and raping the victim at least once while they were all living together.

A domestic violence incident was reported between the teen's mother and Garcia, but Santa Ana police were unable to build a case at that time. Shortly after, Garcia allegedly kidnapped the victim at a park, took her to a house in Compton and gave her paperwork with a false identity. The victim's mother reported her missing and suspected Garcia of sexually abusing her daughter, but she had no evidence.

Between August 2004 and last month, prosecutors say Garcia told the victim her family did not want her and was not looking for her. She said when she tried to escape, Garcia beat her. He allegedly did not let her out of his sight, and in 2010, he got the victim pregnant.

Garcia's attorney says his client never prevented the victim from leaving. In fact, he says Garcia treated her like a queen, even buying her a car.

"We're saying there were no crimes. Those are allegations," said defense attorney Charles Frisco. "All the witnesses that have known this couple have said he was a stellar husband, a stellar father, he's never done anything considered inappropriate."

Garcia's attorney says the woman was leaving Garcia and questions why she never said anything before now.

Last month, the victim was able to contact her sister on Facebook. Then she walked into a Bell Gardens police station with her 3-year-old child, at first reporting domestic violence and eventually revealing the abduction. Garcia was taken into custody on Monday.

"I'm so happy and God-blessed to be with my family. That's what I want all the time. All the time, I cry for them, more for my mom and my sisters," the alleged victim said.

If convicted, Garcia faces a maximum sentence of 19 years to life in state prison.