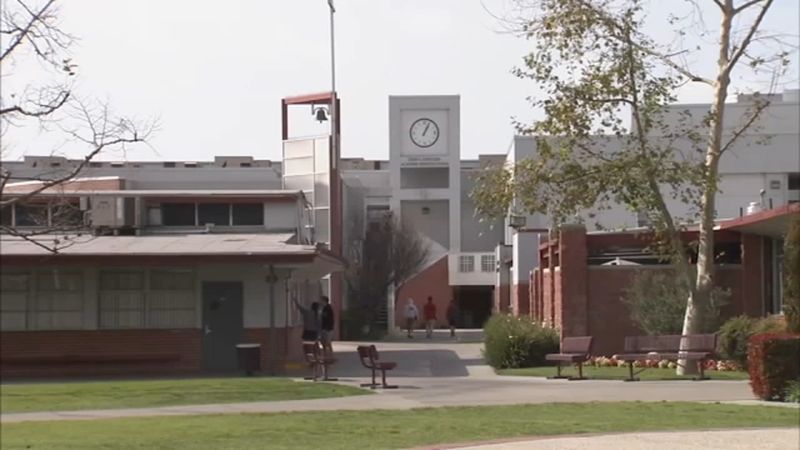 No criminal charges after 'credible' threat made at Santa Ana school

SANTA ANA, Calif. (KABC) -- The person who sent a threat to Mater Dei High School in Santa Ana will not be arrested and will likely not face criminal charges, authorities said.

Police said the threat was made by a former employee of the school and, although it was credible, it was not directed at students. Police now consider the case closed.

The threat had prompted the campus to close this week, but school officials said parts of the campus would reopen to students and staff as soon as Thursday.

On Friday, students will have the option to meet with teachers or counselors if needed. There will be additional security next week when students return for exams.

Mater Dei High School in Santa Ana will be closed through the end of the week due to what's being called a "credible threat."

"Today, we learned of a credible threat to the Mater Dei campus and contacted the Santa Ana Police Department," said the note from Mater Dei President Michael Brennan and Principal Frances Clare.

"Safety and sweep protocols were implemented," the officials said.

"We acknowledge the alarming nature of this message; however, we at Mater Dei take all threats made to the school seriously."