The veteran city councilman is set to replace Miguel Pulido, who has led the city since 1994.
KABC
By Tony Cabrera 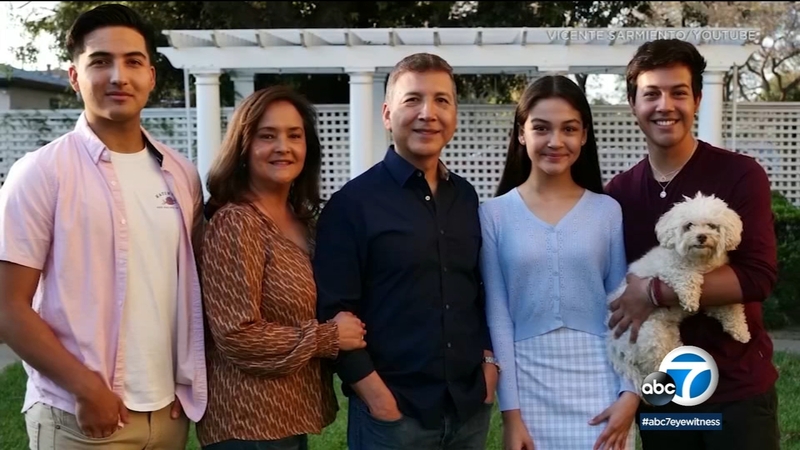 SANTA ANA, Calif. (KABC) -- With a significant lead in the vote count, Vicente Sarmiento is presumed to be Santa Ana's first new mayor in over two decades.

"Many of our supporters and volunteers were young millennials, and so some of them have never known a mayor other than my predecessor," says Sarmiento.

The veteran city councilman is set to replace Miguel Pulido, who has led the city since 1994.

"It was a really invigorating campaign because they were so excited just to see a change in vision, but more than anything, a change in cycle and a change in generation," says Sarmiento.

He remembers walking the downtown streets as a young boy, growing up there after his parents arrived as immigrants.

Sarmiento and his wife now have three children, who he says were helpful in reaching a critical demographic.

"I really do owe this victory and this campaign to our young voters here that really felt so vested in their future, so I'm really optimistic about where our city's going," he says.

ABC7 breaks down voting trends among young people across the decades.

His first hurdle will be tackling the city's elevated COVID-19 rates, especially in certain zip codes.

"And seeing how going forward, we might have our own public health director, because we realize we have some unique problems relative to the rest of the 33 cities in the county," says Sarmiento.

He says he's respecting the results as they come in, but will wait until every vote is counted.

"No champagne bottles are gonna be open until the registrar says all the votes are counted. I'm just a nervous guy that way. I'm cautiously optimistic cause the numbers look good," he says.

Once the election results are certified, he would be sworn in on December 8th.