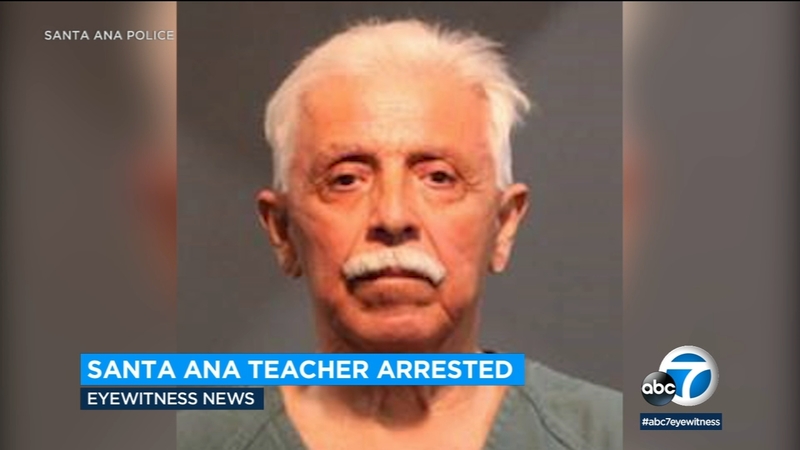 SANTA ANA, Calif. (KABC) -- An Orange County substitute teacher has posted $100,000 bail after being arrested on suspicion of child molestation.

Sixty-nine-year-old Peter Morales was taken into custody earlier this month after police investigated on allegations that he sexually molested four female students, the Santa Ana Police Department said in a statement.

The alleged incidents occurred in the classroom at Adams Elementary School in Santa Ana, according to the news release.

Investigators said the students ranged in age from 8 to 9 years old, and the children told school officials that Morales touched them inappropriately.

"Each victim was molested individually and at different times throughout the day," the police statement said.

A teacher at Los Alisos Middle School in Norwalk is set to appear in court Friday for allegedly sexually abusing two female students on campus.

Morales was a teacher for the Santa Ana Unified School District for 18 years before becoming a substitute teacher.

Officials said he was removed from the substitute list. Detectives believe there could be more alleged victims.

Santa Ana police asked anyone with information about the case to contact Detective Anthony Pacheco at (714) 245-8352, apacheco@santa-ana.org or Orange County Crime Stoppers at 1-855-TIP-OCCS.