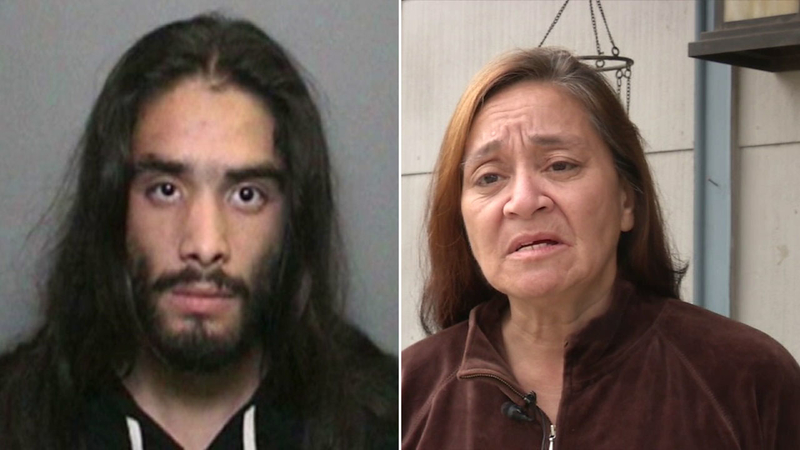 SANTA ANA, Calif. (KABC) -- The mother of a man suspected of killing a Santa Ana teen who was visiting his home over the weekend spoke out about the ordeal Tuesday.

Lydia Rodriguez Granados held back tears as she recalled the events that unfolded Sunday night.

She said she and her husband ran into their son's room after hearing a gunshot. They found 16-year-old Alex Ramirez, a neighbor and close friend, with a bullet in his torso. She said her son, 21-year-old Matthew Jacob Granados, was still asleep holding a gun.

Ramirez was taken to a hospital, where he succumbed to his injuries. Police are now looking for Granados. His mother said the shooting was an accident and that her son sleeps with a gun to protect his family amid fears he has from spending time in jail.

Authorities said they were told Ramirez had been shot in a drive-by. But then officers investigated the home and arrested Granados' father, Alexander, who has been charged with being an accessory after the fact.

Lydia said not only is her family being targeted by police, she let Eyewitness News into her home to show the damage she said was caused by detectives, such as holes in the wall.

"We were collecting evidence. Now those are expended rounds of bullets that they retrieved out of the wall," Santa Ana police Cpl. Anthony Bertagna said.

Police said the family made an effort to cover up the shooting and distort the facts. While authorities and Granados' family tell different sides, both want the 21-year-old to come forward. A $1 million arrest warrant has been issued for Matthew Granados' arrest.