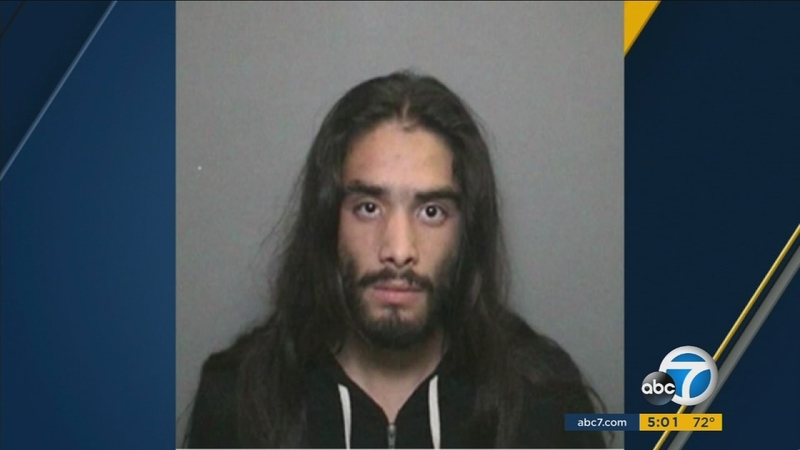 SANTA ANA, Calif. (KABC) -- Santa Ana police are asking for the public's help to find a 21-year-old man suspected of killing a teenager.

Authorities said Matthew Jacob Granados is suspected of shooting to death 16-year-old Alex Ramirez. They believe Granados has access to weapons and is considered armed and dangerous.

Police were called to the 3600 block of Hazard Avenue around 11:45 p.m. Sunday. They found Ramirez with a gunshot wound to his torso. He was taken to a hospital, where he later died.

"Originally told by the people at that location that this was a drive-by shooting, gave us a description of the car," Cpl. Anthony Bertagna said.

After serving a search warrant, authorities said the story appeared to be untrue. They found evidence of the shooting in a bedroom and a gun. Officers arrested Alexander Granados, Matthew's father, on suspicion of being an accessory after the fact.

Neighbors believe Ramirez was visiting friends at the house. Friend Juan Morales said people headed to the home for bonfires and barbecues or to hang out.

While police continue their investigation, friends of the victim remained in shock over his death.

"He was young. He was 16, friendly, always trying to make people laugh. When he would see you down, he'd find a way to make you smile. He was a great kid," Morales said.

Authorities believe Matthew's mother drove him to another location in Santa Ana. She was taken in for questioning and later released.