This comes one day after another horse suffered "a sudden death'' immediately following Friday's 7th race at the Arcadia track.
City News Service 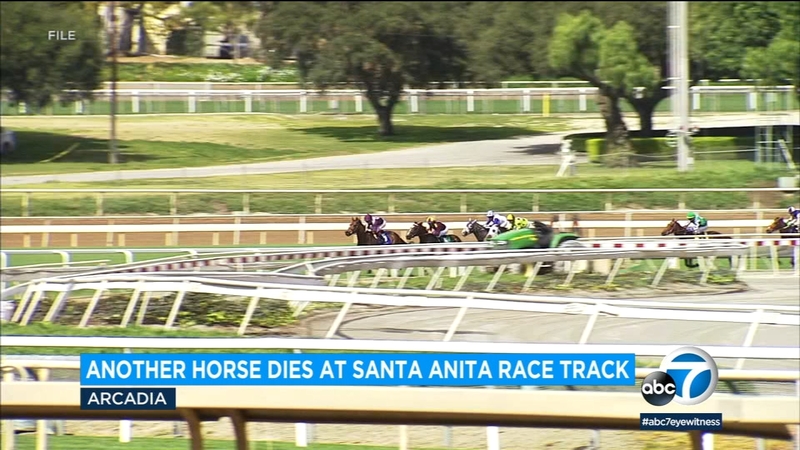 Barraza was injured Saturday morning during a workout at Santa Anita, requiring euthanasia, according to Mike Marten, public information officer for the California Horse Racing Board.

"He was a really cool horse,'' Cerin told the publication.

The colt had won three of his four races this year, all at Santa Anita. Barraza's death came one day after the 4-year-old filly Pray for My Owner suffered "a sudden death'' immediately following Friday's seventh race at the Arcadia track.

On Monday, the 4-year-old filly Speedcuber was euthanized. She had been injured near the eighth pole in the seventh race two days earlier.
"There had been hope for saving this filly but euthanasia became necessary,'' Marten told City News Service.

Eight horses have died from racing or training injuries this year at Santa Anita.

"We are disappointed to see another spike in racehorse deaths at Santa Anita Park this week and hope this pattern does not continue,'' said Marty Irby, executive director of Animal Wellness Action, a group that lobbies to stamp out cruelty in American horse racing, and cites its efforts to pass the federal Horseracing Integrity and Safety Act in 2020.

"Santa Anita has long been plagued by horse deaths, and we call on the track operators to reevaluate track conditions and make any necessary changes that would help prevent further injuries and deaths in 2022,'' Irby continued.

"There's no other sport in America that sees the continuous rampant deaths of athletes that horse racing does, and tracks like Santa Anita must work harder to clean up the industry in order to maintain legitimacy, or the sport will otherwise go the way of the Ringling Bros. Circus, and greyhound racing -- the clock is ticking fast.''
Santa Anita officials did not immediately respond to a request for comment.

Track officials have noted that the number of fatalities in 2022 are a sharp drop-off from 2019, when 42 horses died at the facility, sparking widespread debate about safety issues at the track and about horse-racing in general. The uproar led to procedural and veterinary oversight changes at the park.