As new season opens, another horse dies at Santa Anita - 38th death in the past year 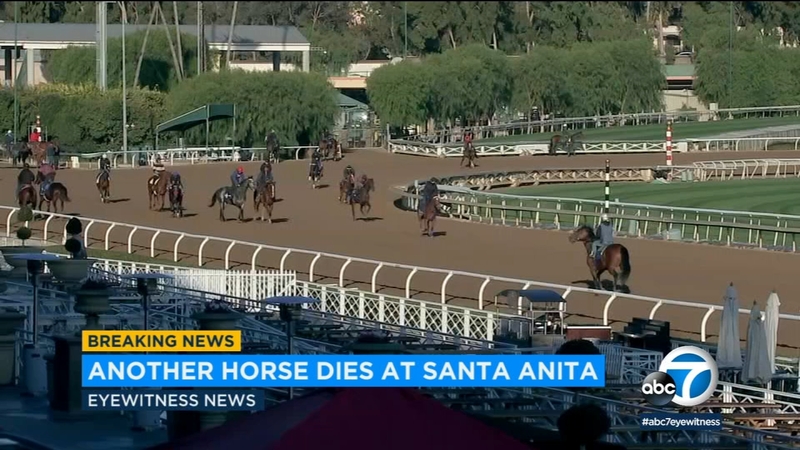 Horse dies at Santa Anita - 38th death in the past year

ARCADIA, Calif. (KABC) -- The latest racing season at Santa Anita Park is opening with news of yet another horse that was injured and had to be put down.

A 3-year-old gelding named Truest Reward was injured while training Thursday morning, according to park officials.

Truest Reward is the 38th horse to die at the track since last December.

The park was supposed to have launched its 83rd winter meeting on Thursday, but rainy weather pushed the opening back to Saturday.

The track was closed for full workouts but was open for jogging and galloping. Truest Reward, a Pennsylvania-bred horse, was jogging or galloping on the six-furlong training track at the time of the injury, which unseated the rider. The horse had previously run in four races, placing second and third in two of them.

Santa Anita Park's latest racing season began Saturday amid criticism by animal rights activists about the deaths of 37 horses at the Arcadia track within the past year.

When the park's racing season began Saturday, a handful of animal-rights activists hosted a "funeral'' and vigil'' that included a bagpiper outside the track for the horses that have died over the past year.

The Los Angeles County District Attorney's Office concluded Dec. 19 that there was no criminal wrongdoing connected to the deaths, but offered a series of recommendations aimed at improving safety at racetracks in California.
RELATED: Prosecutor finds no criminal liability in series of Santa Anita horse deaths