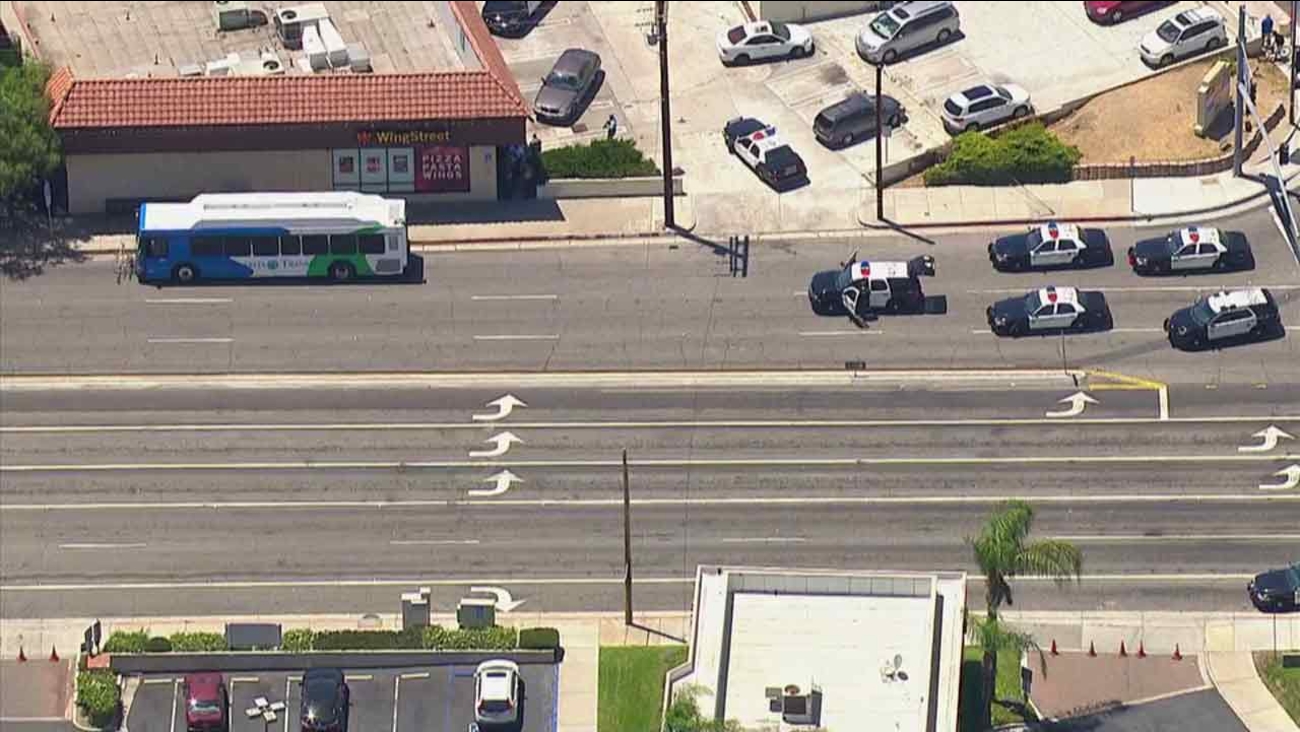 Police in a standoff with a barricaded suspect inside a bus in Santa Clarita on Monday, July 11, 2016.

SANTA CLARITA, Calif. (KABC) -- Authorities were in a brief standoff with a suspect believed to be armed inside a bus in Santa Clarita Monday afternoon.

Santa Clarita Valley sheriff's officials said they responded to the incident at about 2:10 p.m. near Sierra Highway and Soledad Canyon Road.

Officials said the suspect was on a Santa Clarita Transit bus and had been "going in and out of consciousness."

The unidentified man was seen talking to SWAT officers before surrendering and being detained by authorities.

It was unclear whether anyone else was on the bus at the time of the barricade.