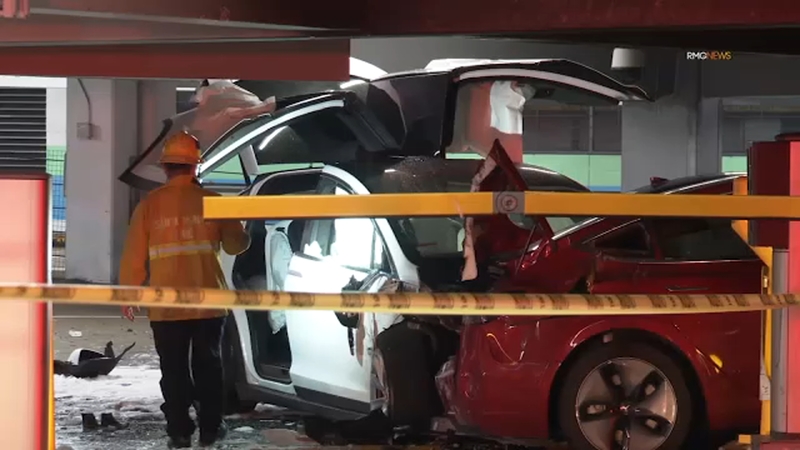 SANTA MONICA, Calif. (KABC) -- Santa Monica Friday was the scene of a frightening sight where multiple cars, including a Tesla, crashed inside a parking garage, sparking a fire.

Cell phone video shows smoke pouring out of the garage along 4th Street, between Broadway and Colorado Avenue.

The incident happened shortly before 6:30 p.m. when one of the drivers was pulling out of the parking garage and collided with another, police said.

Two cars caught on fire, but crews got to the scene quickly and got the flames under control. A total of four cars were involved, each with a single driver, according to the Santa Monica Fire Department.

All drivers were able to exit their vehicles by the time crews arrived on the scene, and were treated by paramedics.

One person suffered minor injuries and was taken to the hospital as a precaution.

The area was briefly closed for cleanup and investigation.