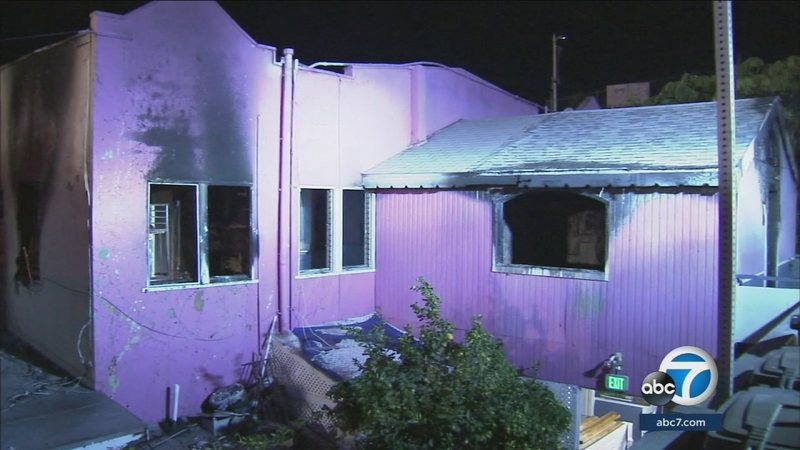 SANTA MONICA, Calif. (KABC) -- A fire broke out in a mixed-use residential building near the Santa Monica Pier Saturday night, scaring visitors at the popular spot.

Santa Monica firefighters responded to the second-alarm fire around 7:45 p.m. in the 1600 block of Ocean Front Walk. Witnesses said the fire spread quickly as thick, black smoke filled the air.

Workers at a neighboring restaurant raced inside the Overlook Hotel to help evacuate residents inside the units.

Overlook Hotel, Victoria Pizzeria Fire. Friend is heading to Santa Monica hospital after running in to save people. pic.twitter.com/CHopQBNiNV

Three people were taken to the hospital for smoke inhalation. At least 16 people in the two-story building were displaced, according to fire officials.

Santa Monica pier on fire. Hope everyone is ok! pic.twitter.com/8YKqtrjXUs

Frightened bystanders at the Santa Monica Pier took photos and videos as the flames lit the sky. The photos showed the flames in the rear of the apartment building that had units above small shops.


Authorities closed Appian Way to Seaside Terrace and the entrance to the No. 1 parking lot near the pier.