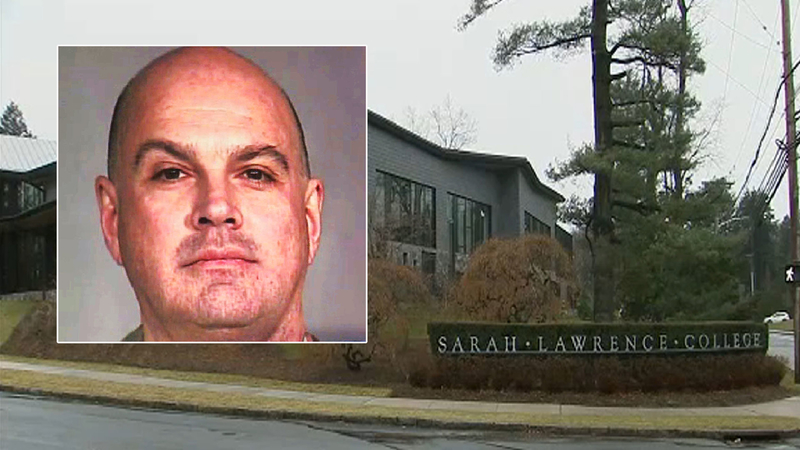 BRONXVILLE, New York -- The father of a former student at Sarah Lawrence College in New York has officially been charged in connection with an alleged sex cult he is accused of running out of his daughter's dorm room.

Over the course of the past decade, authorities say the now 60-year-old Ray laundered about $1 million from his victims -- mostly teens and young adults -- while subjecting them to "sexual and psychological manipulation and physical abuse," according to the indictment.

He allegedly extracted false confessions from at least seven of the young adults who came under his direction, using them for money, unpaid labor and even prostituted one for cash.


Kerik was the best man at Ray's 1998 wedding and apparently paid for much of the event, officials said. Eventually, though, Ray turned on his friend and provided information that led to the state and federal prosecutions against Kerik.

After he was released from a prison sentence for security fraud, Ray moved into his daughter's dorm room on the campus in Bronxville along with her male and female roommates.

Authorities say he began pseudo "therapy" sessions with some of them, purportedly to help with their psychological problems, and presented himself as a father figure.

Eventually, they moved into a one bedroom apartment on East 93rd Street on the Upper East Side.

During the alleged "therapy" sessions, he learned "intimate details about their private lives, vulnerabilities, and mental health struggles under the pretense of helping them. Ray alienated several of the victims from their parents and convinced several of the victims that they were 'broken' and in need of fixing by Ray," according to the indictment.

Any trivial mistake, like scratching a pan, was proof to Ray that the kids were trying to "sabotage" him and led to cruel punishments, the documents say.

Ray allegedly made up lies about them, and when they denied it, he would subject them to interrogations that included "sleep deprivation, psychological and sexual humiliation, verbal abuse, threats of physical violence, physical violence and threats of criminal legal action" that garnered false confessions.

He also took explicit photographs of some of them and videotaped their false confessions, according to the indictment.

When they couldn't pay for the damage he had convinced them that they caused, he allegedly ordered them to drain their parents' savings accounts of hundreds of thousands of dollars, open lines of credit, engage in real estate fraud and even earn money through prostitution.

Ray also set up an online domain business where he bought internet domain names and sold them at a profit, officials said, using the money bilked from his victims to buy the domain names.

He was arrested at his home in Piscataway, New Jersey, Tuesday morning and faces life in prison if convicted.

"The conduct alleged here is outrageous," FBI Assistant Director in Charge William Sweeney said. "It makes you angry. If you're not angry, you don't have a soul."

The case was detailed extensively in 2019 by New York Magazine in a story entitled, "The Stolen Kids of Sarah Lawrence: What happened to the group of bright college students who fell under the sway of a classmate's father?" which U.S. Attorney Geoffrey Berman said prompted the investigation.