California is one of just a few states that does not have the authority to decertify police officers.
KABC
By Anabel Munoz 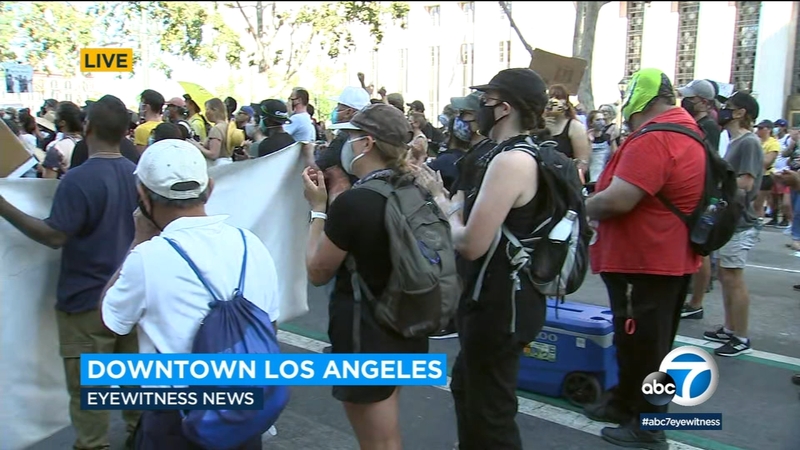 LOS ANGELES (KABC) -- Members of Black Lives Matter and supporters gathered in downtown L.A. Wednesday afternoon to call for the passage of a bill that would allow the decertification of police officers found guilty of specified misconduct.

Weekly demonstrations outside of the Hall of Justice have been ongoing, with protesters calling for the ouster of County District Attorney Jackie Lacey for failing to prosecute killings by police officers.

On Wednesday, demonstrators gathered outside once again, some holding yellow umbrellas that had the names of individuals killed by police.

Melina Abdullah, Black Lives Matter - L.A. co-founder and a vocal critic of Lacey, said S.B. 731 would "bring California in line with 45 other states that understand that many of these district attorneys refuse to prosecute police."

"The officer who killed him had previously worked for the city of Orange, had shot three people," Abdullah said. She added that the same officer was able to get a job with the city of Garden's police department.

California is one of five states that does not have the authority to decertify officers found guilty of serious misconduct.