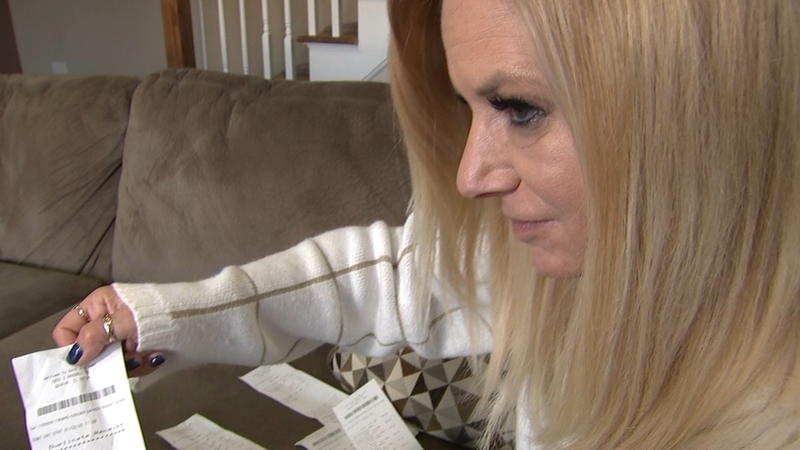 PALOS HILLS, Illinois -- A suburban Chicago woman said she lost more than $5,000 after getting an email she thought was from the CEO of her company.

Most of us are used to responding quickly when you get an email from your boss. Josephine Eliadis thought she was simply following her boss's instructions and being a good employee. But her swift actions ended up costing her big time.

Eliadis and her husband Will got married over the holidays in a destination wedding. When she returned home she was still on cloud 9.

"And so on January 2nd I just wake up really happy to go to work," she recalled.

On her way in, she got an email she thought was from her boss and the CEO of the company. It said, "I want to send some gifts to some selected staffs, even though we all put in all our best to move this organization forward, some individuals really stand out and I want to surprise them in my own way. Can you help me purchase some gift cards today?"

"Because my boss is a wonderful person, I could see her doing this," Eliadis said.

So she went straight to Target and purchased five gift cards for $200 each. After she left the store, Eliadis said she got another email from the person she thought was her boss, requesting she buy more gift cards from Target and Best Buy for other employees.

"Then it was, 'Can you take a picture, I'm putting this all on a spreadsheet,'" she recalled. "Pictures, sure I can take pictures."

Eliadis said she bought more than $6,500 worth of gift cards, scratched off the backs and brought the cards into work.

"I walk into her office and I said, 'Just let me know when you want me to give you the gift cards, what you want me to do with them,'" Eliadis said. "And she said, 'What gift cards? What are you talking about?' And right there we just looked at each other and we were in shock. I stared shaking."

Eliadis realized she'd been scammed, and the person she was emailing wasn't her boss. She contacted the police and the FBI.

"When you get an email from your boss asking you to do something, you want to do that," she explained.

FBI Special Agent Siobhan Johnson calls this the "business email compromise" scam, when someone uses a business or executive's name in an effort to have funds transferred into the criminal's account.

In this case, the scammers likely used the gift card codes to make purchases and sent out deliveries to several addresses across the country.

On a cell phone the email may look like it's coming from someone you know, but look closer. The name might include the correct business domain, but the email address won't have the right domain when it's expanded.

When Eliadis checked the fully expanded email address she realized it was a scam, but by then it was too late.

She said Target couldn't recover any of the money, but Best Buy was able to put a stop on a few cards and recovered $380.

She called it a very small victory after spending thousands on her wedding.

"I felt very foolish. I felt stupid," she said. "If I had to do it all over again, I would have picked up the phone and called her."

Target and Best Buy told WLS-TV that they have signage at their locations and online to warn customers about these types of scams.

Josephine's real boss also responded to the story, saying, "I feel just as violated as Josephine does because these cyber hacks used my name and sent the scam directly to many of my staff members... What happened to us is a growing and on-going phenomenon that needs attention."