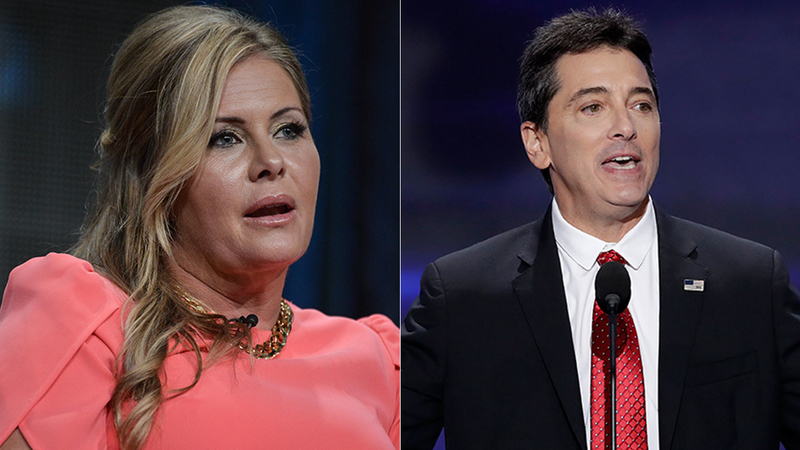 WOODLAND HILLS (KABC) -- Actor Scott Baio addressed accusations of sexual assault by his former "Charles in Charge" co-star Nicole Eggert Thursday, claiming her accusations are false and saying he has filed a police report accusing her of harassment.

Baio said he took five lie detector tests and passed all of them to prove his innocence regarding Eggert's claims, with the questions asked related to if he sexually assaulted Eggert.

He and his wife said Eggert has been tormenting them with tweets and texts messages.

Baio attacked Eggert for allegedly harassing his wife and her philanthropic efforts.

"For months we have proven her story to be 100 percent false by showing one inconsistency after another," Baio said. "But it has not been enough to stop her, if anything it made her angrier, and she has added to her campaign my wife."

Eggert has accused Baio of sexually assaulting her while she was working as a teen actress on his show "Charles in Charge" in the 1980s. She was between the ages of 14 to 17 at the time of the alleged assaults.

The Los Angeles County District Attorney's Office has officially decided not to pursue sexual assault charges against actor Scott Baio because the statute of limitations covering the alleged offenses has expired.

In June, the Los Angeles County District Attorney's Office officially decided not to pursue sexual assault charges against Baio because the statue of limitations covering the alleged offenses between 1986 and 1989 had expired.

A spokesman for Baio, Brian Glicklich, said during the course of the DA's investigation, witnesses to Eggert's behavior described her as obsessed with Baio while they were "Charles in Charge" cast members.

The actor also said his team launched their own investigation and determined that Eggert fabricated the assault allegations and her story kept changing.

In documents from Baio, his team stated, "Not one person, therefore, has ever publicly corroborated Ms. Eggert's statements that her claims were validated by anyone reviewing this case."